Editor's note: Three weeks ago AC360's Gary Tuchman reported on the beard-cutting attacks in an Ohio Amish community. Tonight, he'll cover the latest news with details of the charges brought against seven men in a breakaway Amish group.

(CNN) - Seven members of a breakaway Amish group in eastern Ohio were arrested on federal hate crime charges for allegedly shaving the beards and cutting the hair of individuals who refused to support their leader, according to a criminal complaint released Wednesday.

One of the seven men is Samuel Mullet Sr., the leader of the breakaway sect and a man that local law enforcement and other Amish in the area consider a cult leader.

Mullet ruled the group with an iron fist, in some cases "forcing members to sleep for days at a time in a chicken coop" and beating those "who appear to disobey" him, according to an FBI affidavit.

Mullet had been "counseling" married women in his sect, "taking them into his home so that he may cleanse them of the devil with acts of sexual intimacy," the sworn statement from an FBI agent said. 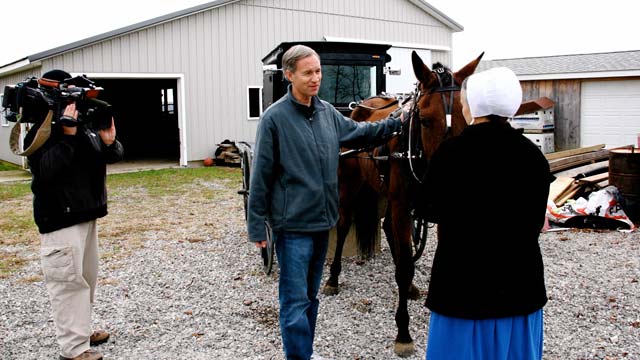 A Minnesota school district looks to curb bullying by embracing its LGBT community.