Religion on the Supreme Court

If Sonia Sotomayor is confirmed there will be six Catholics on the Supreme Court (Roberts, Kennedy, Scalia, Thomas, Alito and Sotomayor). Two Jews (Ginsburg and Breyer). And one Protestant. (Stevens).

Here's the breakdown in the overall U.S. population:

Religion –- at least, religious affiliation - was once a hot issue in Supreme Court nominations. But no longer.
When John Kerry, also Catholic, ran for President in 2004, no one seemed to care except the Catholic Church – and they opposed him because he did not follow church teachings on abortion.

Gender and race? Those do matter. If Republicans appear to be treating Sotomayor unfairly, they could pay a terrible price at the polls. 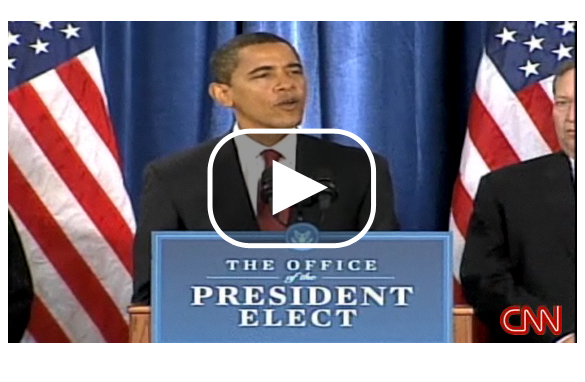 How long will the voters give Barack Obama to show improvement in the economy? Bill Schneider reports.

We lived to see the day

Who do the voters think is better qualified to deal with Russia? END_OF_DOCUMENT_TOKEN_TO_BE_REPLACED

Something Hillary Clinton said at a children’s hospital in Portland, Oregon, last week caught my eye:

"How can anyone run for Democratic nominee for President and not have a universal health care plan? This is a huge, huge difference and one I feel passionately about.’’

This could be the line-in-the-sand issue Clinton takes to the convention, demanding a platform plank calling for universal health care as a victory for her campaign.

Reagan did that in 1976, demanding that the Republican Party repudiate the Nixon-Ford policy of détente (it did).

Kennedy did that in 1980, demanding that the Democratic Party endorse a big jobs program (it didn’t).

Ford and Carter both went on to lose.

What the Pennsylvania primary really means

What the Pennsylvania primary really means: