Troubling questions about the Ebola cleanup in Dallas

Towels and sheets used by Thomas Duncan before he was diagnosed with Ebola spent days sitting in the Dallas apartment where he stayed. His partner, Louise, along with some of her family had until recently been quarantined inside that apartment. Gary Tuchman was there today when cleaning crews went inside to spray and remove items. What he saw is raising questions about the safety of those living nearby.

Anderson spoke with Dallas Mayor Mike Rawlings and asked whether enough was done to ensure neighbors were kept safe during the cleaning of that apartment.

What is reparative therapy?

Over the weekend, the Texas Republican Party endorsed the controversial practice of reparative therapy. It purports to turn gay people straight, and it has been debunked and condemned by the American Psychological Association, along with other leading health organizations. Randi Kaye got an up close look at the harmful impact reparative therapy could have on patients.

Crime and punishment: Outrage after rapist is sentenced to community service at a rape center

Sir Young was 18-years old when he raped a 14 year old girl. He could have spent decades behind bars, but a Texasjudge sentenced him to just 45-days, along with community service at a rape crisis center. While the judge's sentence sparked plenty of outrage, so did her comments about the  victim. Randi Kaye has the story.

Tomorrow the husband of Marlise Munoz will ask a judge to order that she be removed from life support machines. Her family says she is brain-dead; but the hospital that is caring for her says a Texas law requires that she be kept on life support because she is pregnant. Ed Lavandera has the latest on tomorrow's emergency hearing.

A brain-dead woman in Texas is being kept on a ventilator against her family's wishes. She is 20 weeks pregnant and state law prevents doctors from removing pregnant women from life support. It comes as the case of Jahi McMath is making headlines. Both cases are raising difficult and heartbreaking questions about life and death. Ed Lavandera has the latest.

CNN's Randi Kaye has the story of a Texas man who lost his home, but found his best friend after the deadly tornadoes. Jerry Shuttlesworth was reunited with his 6-year-old pit bull, Junior, on Friday. 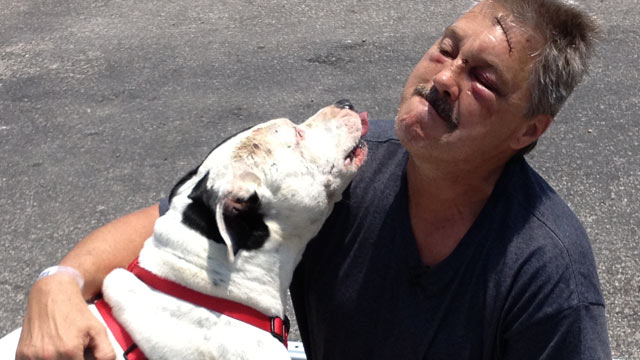 END_OF_DOCUMENT_TOKEN_TO_BE_REPLACED

CNN's Gary Tuchman reports on Bryce Reed, an EMS worker in West, Texas. Anderson Cooper interviewed Reed after the deadly fertilizer plant explosion. Many regarded him as a hero, but now his statements about the incident are facing scrutiny.

Reed is currently in federal custody for allegedly having pipe bomb materials. He plans to plead not guilty to those charges, and his lawyer says he had no involvement in the plant explosion.

At least six people are dead and dozens of homes are in ruins after 13 tornadoes ripped through North Texas Wednesday night. All of the deaths occurred in Granbury, 30 miles southwest of Fort Worth. “We had a total of 97 homes out of 110 that suffered severe damage,” said the town’s Mayor Pro Tem Nill Hulett on AC360° tonight. Watch Randi Kaye's report from Granbury, Texas and read the AC360° 411 on tornadoes:  END_OF_DOCUMENT_TOKEN_TO_BE_REPLACED

Mayor: Houses have nothing left but carpet

Nin Hulett, mayor pro tem for Granbury, Texas, talks about the damage in his community after a deadly tornado hit.