In practical terms, it might seem that the recent arrests of key Taliban members and the success of the U.S. offensive in southern Afghanistan might indicate a new phase in the war against the Taliban.

But how the Taliban respond will be based on a world view and beliefs far different from the American perspective and that of the Western-educated Afghan and Pakistani elites, whom we rely on for strategic advice and partnership.

On Tuesday, Pakistani authorities confirmed the capture of Mullah Abdul Kabir, a member of the Taliban's inner circle and a leading military commander against the Americans in eastern Afghanistan.

Video: Taliban not giving up

Why Taliban capture could be huge

The capture of the Afghan Taliban's operational commander, Mullah Abdul Ghani Baradar, in the Pakistani city of Karachi is a signature success for the United States' effort in Afghanistan and Pakistan, but it does not indicate that the insurgent movement will collapse.

In the short run, local Taliban commanders will be able to maintain the movement's operational effectiveness against U.S. and NATO troops. Over the long term, however, increased collaboration between American and Pakistani intelligence agencies could prove debilitating for the movement.

U.S. and Pakistani officials likely hope the collaboration will force the Afghan Taliban to the negotiating table.

Capture may be turning point in Taliban fight

The seizure of the Afghan Taliban's top military leader in Pakistan represents a turning point in the U.S.-led war against the militants, U.S. officials and analysts said.

The arrest of Mullah Abdul Ghani Baradar represents the most significant Taliban capture since the terrorist attacks of September 11, 2001, a senior Obama administration official said Tuesday.

Baradar has been a close associate of Osama bin Laden's and is seen as the No. 2 figure in the Afghan Taliban, behind Mullah Mohammed Omar. 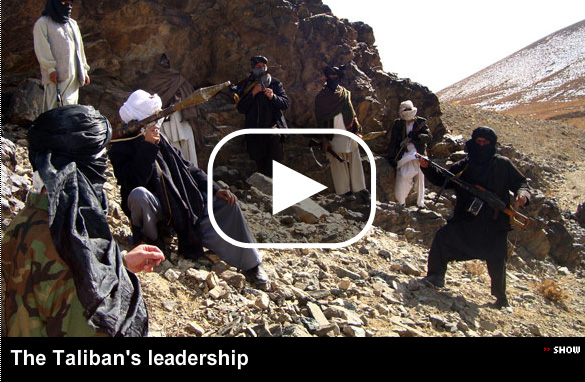 The Taliban has regrouped since U.S. and Afghan forces removed it from power in 2001. Look at this interactive to see who is in charge of the militant organization and how it is structured today.

As NATO begins one of its biggest offensives in Afghanistan since the beginning of the war, coalition troops face a multitude of challenges. Helmand province is known for its opium production and as a hub of Taliban activity. Sunday on CNN's "State of the Union," retired Gen. James Jones, President Barack Obama's national security adviser, said, "One of the ancillary benefits of where this operation is being conducted is in the heart of Helmand province, and that is the center mass of the drug production. Happily, last year for the first time in several years, the poppy production went down and wheat production went up, and so we'll see what happens this year."

Fact Check: Has poppy production decreased in a region of Afghanistan known for its drug links?
END_OF_DOCUMENT_TOKEN_TO_BE_REPLACED

The Taliban may have reached the peak of their military achievements in the war in Afghanistan, one of the world's top authorities on the Taliban said.

And that position of relative strength might make them more amenable to talks, Pakistani journalist and author Ahmed Rashid said in an interview Monday with CNN's Christiane Amanpour.

"They can't go much further than where they are now," Rashid said. "They're across the country. They're having shadow governors and shadow government in all the major provinces, but they can't take the cities because of NATO firepower. They can't create a populist movement against the Americans. They tried and failed to do that." 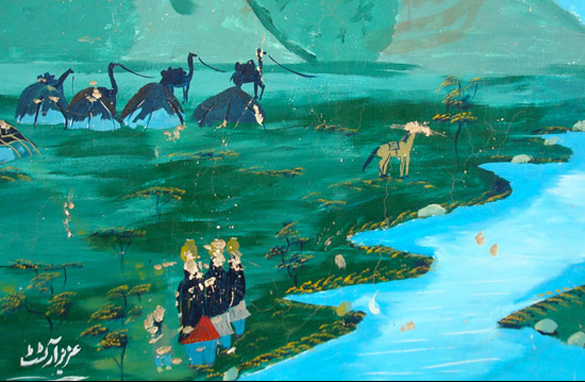 The Pakistan military claims children are taught that images such as this of rivers of milk and honey, virgins and other heavenly delights await them.

"When we got to this compound it was shocking for us," Lt. Col. Yusuf tells us, standing in the middle of what the Pakistani military says was a brainwashing center - for children.

It was here, according to the Pakistani military, that children aged 12 to 18 were turned from innocent youngsters into cold-blooded killers, willing to blow themselves to bits as suicide bombers.

The discovery of the compound was first reported in Pakistani media last month. Yusuf says his unit took it over after a three day battle with militants.

Part of the compound consists of four rooms - each wall adorned with brightly colored paintings in clear contrast to the barren and harsh landscape surrounding it. The children were told that this was what awaited them in heaven.

Each of the images has a river flowing through it. Some have people playing in the water. Others have women lining the banks.