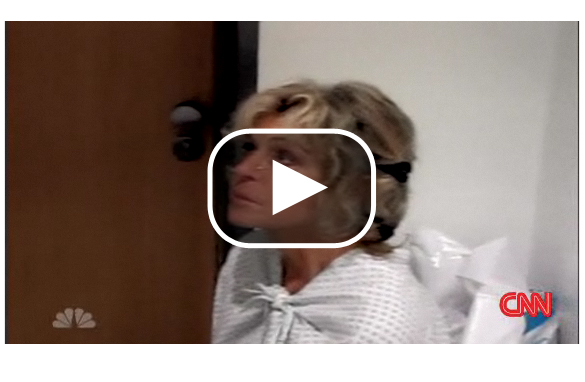 Nearly 9 million people tuned in on Friday night to NBC to watch "Farrah's Story", a two hour documentary narrated mostly by Farrah herself but also includes interviews with her long time partner, actor Ryan O'Neal, her best friend Alana Stewart, and her doctors.

Farrah Fawcett says in the documentary she wanted to share the pain and anguish of cancer with as many people as possible, as a reminder that this is a serious and often deadly disease. The documentary shows everything from happy times with her family to Farrah revealing her bald head from chemotherapy. This clip shows Farrah in a German hospital undergoing painful treatments for the cancer that has spread to her liver. You can see how debilitating the treatment is on Farrah, she starts off laughing and joking with her doctor about never eating liver again, to lying on her bed, stricken with pain.

Etiquette of the N-word

Debate over the N-word has intensified in the past couple years.

Remember when Michael Richards from “Seinfeld” was caught on tape two years ago using the n-word in a comedy routine? People were outraged and Richards had to apologize.

The NAACP last year held a symbolic funeral to bury the N-word. And the Rev. Jesse Jackson has called on rappers and entertainers to stop using it in their performances.
END_OF_DOCUMENT_TOKEN_TO_BE_REPLACED