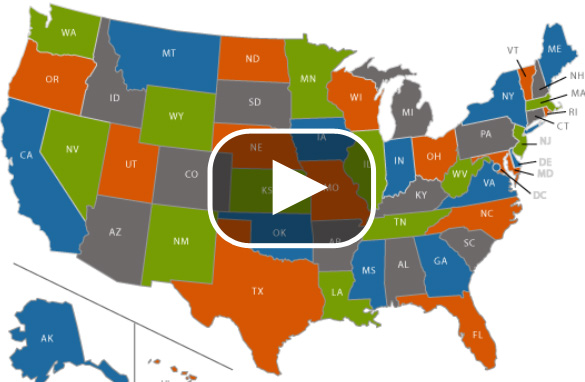 The Project on Student Debt

The Project on Student Debt

In 2008, 67% of students graduating from four-year colleges and universities had student loan debt.

Pell Grant recipients, who generally have family incomes under $50,000, are much more likely to borrow and to borrow more.

It was once a proud center of learning, a bastion of Creole language and culture. But now students say that their potential for knowledge, like so many of their classmates, is buried under the rubble of The Faculty of Applied Linguistics in Port-au-Prince Haiti.

"I lost my daughter, I lost my only child," screamed an inconsolable mother as the throws her hands up in prayer at a memorial service at the Linguistics school. "I lost everything. I will never be able to give birth to another child."

Alain Bonny knows his mother survived the earthquake in Haiti, but he doesn't know where she is staying right now.

Nevertheless, the American college student is going to resist searching for her when he leads a group of students into Haiti in May.

He was told that his mother and other family members moved "to the countryside," but he doesn't know whether she's in a house or under a tarp.

For Top colleges, economy has not reduced interest (or made getting in easier)

The recession appears to have had little impact on the number of applications received by many of the nation’s most competitive colleges, or on an applicant’s overall chances of being admitted to them.

Representatives of Harvard, Stanford, Dartmouth, Yale, and Brown, among other highly selective institutions, said in telephone and e-mail exchanges in recent days that applications for the Class of 2013 had jumped sharply when compared to the previous year’s class. As a result, the percentage of applicants who will receive good news from the eight colleges of the Ivy League (and a few other top schools that send out decision letters this week) is expected to hover at – or near – record lows.

Bill Fitzsimmons, dean of admissions and financial aid at Harvard since 1986, said that the 29,112 applications Harvard received this year represented an all-time high, and a 6-percentage point increase from last year. He said the percentage of applicants admitted would be 7 percent, down from 8 percent a year ago. Dartmouth said that the 18,130 applications it received was the most in its history, too, and that the 12 percent admitted would be its lowest.

Contagious violence and the 'walking wounded'

With the number of killings reported in the news, it can be easy to lose sight of all the young people in the inner city who make up the "walking wounded.” Violence is contagious. Community violence affects everyone in the community – and that means all of us. Many young people in the inner city have been victims of nonfatal violence – shot, stabbed or assaulted. Many others have witnessed violence against their friends or family, endured graphic, daily news reports about neighborhood violence or been treated as perpetrators, even when they are not.

Sometimes the trauma that these young people go through leaves them feeling raw and unsafe and even threatened by their own peers. We now know a great deal about the science of trauma. Over the past 20 years the scientific community has accumulated a vast store of knowledge about how the brain and the body are negatively affected by repetitive violence. In many ways, urban youth become like the traumatized veterans who return from Afghanistan and Iraq whose bodies and minds are stressed to the point where they cannot distinguish between real and imagined threat.

END_OF_DOCUMENT_TOKEN_TO_BE_REPLACED

I first met Ronald Holt about a year ago. He had recently lost his young son Blair, to a wave of violence that was tearing through the streets of Chicago's southside. Blair Holt was an innocent bystander caught in a gang-related shooting on a city bus. He was killed while pulling a classmate out of harm's way. His death became a rallying point for neighborhoods demanding tighter gun laws, more economic opportunity for young people and better parenting.

Ronald Holt was one of the people leading the charge. Instead of becoming consumed by grief, he turned it into a weapon. He lobbied the state legislature hoping to restrict gun sales and he has since attended hundreds of public rallies and memorials. I returned to Chicago to find Holt at one of these rallies and I learned he has a new enemy...despair. The past year has produced very few victories.

Holt tells me he finds strength by talking to his departed son and imagines the teen encouraging him to keep going. He needs the pep talk often. So far this school year 24 students from Chicago Public Schools have been killed. That is a rate even faster than what we saw last year.

[cnn-photo-caption image=http://i.cdn.turner.com/cnn/2008/images/04/08/art.gunviolence.jpg caption="Enough desks to fill a classroom sat empty in a downtown plaza Tuesday, each bearing a pair of sneakers and representing one of 20 Chicago Public Schools students killed by gunfire this school year. (AP)"]

On Monday morning, March 31, I visited Simeon Career Academy in the wake of another senseless shooting of a teenager. This one took the life of Chavez Clarke, a young man who on March 29 was attending Saturday classes at Simeon to try to work toward graduation. He was gunned down in the school’s parking lot shortly after finishing classes.

As I talked with students on Monday, I was struck by their sense of outrage over the prevalence of guns in their lives and by their passion to do something about it. Led by Simeon junior Ronnie Mosley, the school quickly organized 10 busloads of students to attend an anti-violence rally that was being organized for the next day in downtown Chicago by Father Michael Pfleger, the pastor of St. Sabina Church who has been a tireless advocate for stronger gun-control laws.