Editor’s Note: You can read more Jami Floyd blogs on “In Session.”

And as the governor admitted right here on Best Defense yesterday, impeachment trials are rare - very rare. There is very little precedent for the impeachment of a sitting governor in Illinois or any where else.

END_OF_DOCUMENT_TOKEN_TO_BE_REPLACED

As a conservative Republican and former Whitewater investigator, I should be the last person to support embattled Illinois Governor Blagojevich. But he is getting a raw deal in every sense and the time has come to rally to his defense.

First, Senate Democrats stepped onto dangerous ground when they seriously considered not seating Senator Roland Burris in December. The seating of a state's Federal representative is the single most important component of the American democracy. Why should Illinois remain in the union if Washington won't seat its senators? To suggest that Burris would not be seated simply because a prosecutor had made allegations against the governor is downright crazy. Is this to suggest that any time any governor is under a cloud, he loses his powers of appointment without even a fair trial? The potential in this precedent for disrupting the Union is mammoth. What if one group of states decides to "gang up" on another and not seat their senators? We as a people did not grasp the importance of the events of December. I commend Sen. Dianne Feinstein for having the guts and the intellect to step out and break the logjam.

END_OF_DOCUMENT_TOKEN_TO_BE_REPLACED

Jami Floyd
AC360 Contributor and Anchor of In Session

As a criminal defense attorney, I am all about the presumption of innocence. That’s what my show, Best Defense, is all about. But what Gov. Rod Blagojevich, who appeared on today’s show, doesn’t seem to fully appreciate — or doesn’t want to admit — is that the impeachment proceeding in the Senate of his home state of Illinois is not a criminal trial.

Sure they call it a “trial.” But it is not a trial, not in the truest sense of the word, the sense that matters: The constitutional sense. The various principals the governor has been touting during his two day media tour, including today, in response to my questions — such as the right to a fair and speedy trial and the right to confront the witnesses against you — are Sixth Amendment requirements and they attach only in criminal cases.

So, when the governor is tried, which I predict he will be, in federal court, he certainly will be entitled to all the protections afforded by the Sixth Amendment; and he will be entitled to the presumption of innocence until proven guilty of criminal wrongdoing. But this current proceeding, this so called impeachment trial, well this is purely political. And, if he is anything, Rod Blagojevich is a political animal. If he knows nothing else, he should know that.

Editor’s Note: You can read more Lisa Bloom blogs on “In Session”

Blago continues to misstate the law.

He’s a lawyer. He should know better.

Blago has steadfastly refused to answer specific questions from Larry King, CBS’s Maggie Rodriguez and others, including Jami Floyd today on In Session (is that you on the tapes? Did you say that? If it’s out of context, what was the context?) on the grounds that he is legally barred from commenting on a pending legal matter. No. Incorrect.

END_OF_DOCUMENT_TOKEN_TO_BE_REPLACED

Rod Blagojevich even turns up in the Stimulus bill

A comedy for some; for us, a horror show

Watching Illinois Gov. Nosferatu (the walking politically undead) continue his media blitz on ABC's "The View" on Monday was like watching an old cheesy horror flick—"The Brides of Dracula."

"Speaking of integrity and intelligence, we're going to break and we'll come back with Gov. Rod Blagojevich," Whoopi Goldberg said.

As he sat with the women of "The View," the Illinois Senate began the final act of the impeachment. Democrats are certain he's become infected and deadly, and so they'll amputate in a matter of days.

But seeing him up there on the comfy couch in New York, I couldn't stop thinking of "The Brides of Dracula," the vampire movie that was a staple on WGN-TV's "Creature Features" series when I was a wee lad, afraid of losing my soul.

Blagojevich: 'Give me a chance' 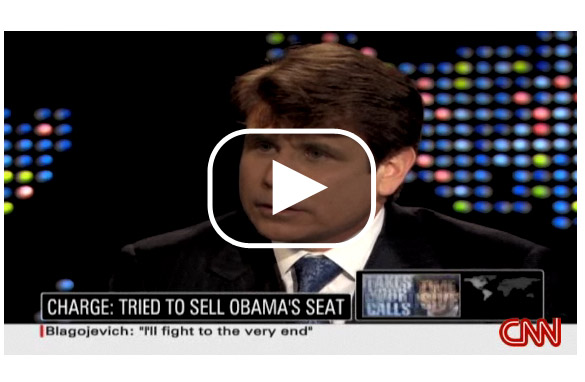 Larry King talks with embattled Illinois Gov. Rod Blagojevich about why he is boycotting his own impeachment trial.

Blago CAN call witnesses, even if he complains he can’t

Editor’s Note: You can read more Lisa Bloom blogs on “In Session”

Over and over again, Governor Rod Blagojevich has said that the Illinois Senate impeachment hearing is unfair because he is not permitted to call witnesses.

This is the same guy who’s compared himself to Gandhi and Martin Luther King, Jr. so his credibility is strained. Nevertheless, I will strongly defend anyone’s due process rights, so I decided to look into this claim.

It is false. Illinois Senate impeachment rule 15 states: “Requests of subpoenas for witnesses, documents or other materials may be made by the Governor or his counsel in the form of a verified written motion to the Chief Justice . . . “ As far as I can tell, that did not happen.

END_OF_DOCUMENT_TOKEN_TO_BE_REPLACED

Barack Obama jogged only slightly ahead of Rod Blagojevich across the news landscape of the past month, the glistening horizon of a new Camelot ahead, perhaps, but the jagged outline of the clouted city not far behind.

Obama and Blago are more than the yin and yang of Illinois politics. They represent, a la Jerry Seinfeld, the ultimate Bizarro plotline.

Bizarro is the alter ego of Superman, a concept the Seinfeld crew borrowed from DC Comics and incorporated into a 1996 episode. If you never saw it, it goes like this: For every apathetic Jerry, nudgy George and raucous Kramer there is, in the Bizarro world, the polar opposite: an empathetic Jerry, an urbane George and a genteel Kramer. 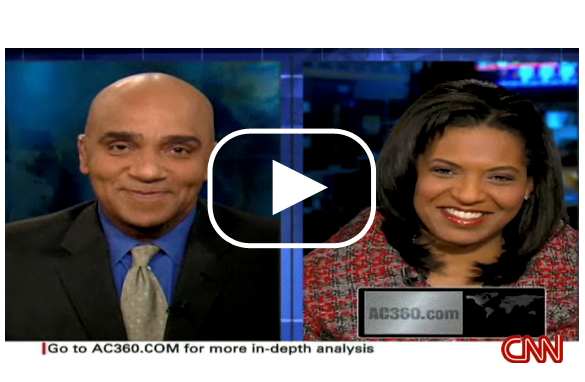