The national director of the Survivors Network of Those Abused by Priests talks about their "Dirty Dozen" list of most concerning papal candidates.

Selecting a pope: a digital interactive

Unprecedented in modern times, the Pope is resigning from his position. Anderson Cooper reports on the transition.

Victim: He covered up abuse for 25 years

Christiane Amanpour and John Allen report on rumors of a secret gay lobby within the Vatican and sex abuse allegations.

Allegations of corruption at the Vatican

CNN's Ben Wedeman reports on the controversy surrounding the Pope's resignation and the selection of his successor.

Top Catholic clerics from France and Britain expressed shame, anger and regret Friday over a widening abuse scandal in the church that has reached Pope Benedict XVI's doorstep.

At the same time, the Vatican and Benedict's former German diocese strongly denied a newspaper report that said the pope was aware that a priest later convicted of molesting boys was returning to pastoral work.

They said the pope, then archbishop in Munich, Germany, had no knowledge of the decision to return the priest to resume his duties.

The archdiocese "rejects any other version of events as mere speculation," the Vatican said.

The Vatican and archdiocese were responding to a New York Times article published Friday that said the future pope was copied on a memo informing him the priest, the Rev. Peter Hullermann, would return to pastoral work within days of beginning psychiatric treatment for pedophilia.
Keep reading... 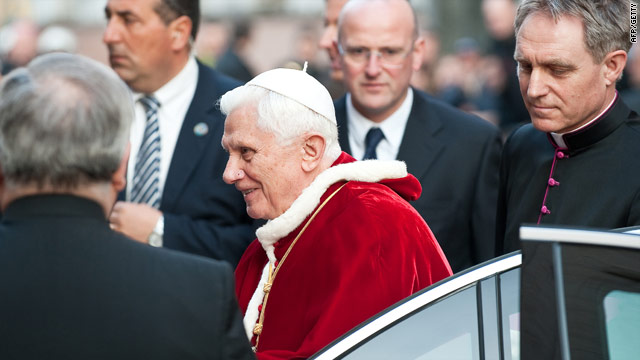 Video: Vatican on the defense