When we cover the news, we need to be prepared for whatever the story will bring us. But it is often hard to be prepared for the emotional ramifications. That was the case when producer Katherine Wojtecki and I visited Ron and Tina Meier in suburban St. Louis, the parents of Megan Meier, the girl who became known as the "My Space suicide victim."

Well, "Josh," who we of course learned was a creation, turned against Megan and it was too much for this child with such a fragile ego. And that's where the conversation with her parents got unbearably sad. Crying, her father told me he walked up to her room and found her hanging from a bar in her closet. It is unimaginable what these parents must have been going through during those initial minutes. They haven't and will never get over it. All they could ask for when they were talking to me was justice in the name of their daughter who died so sadly and forlornly. With yesterday's indictments, they may be on the verge of getting that. 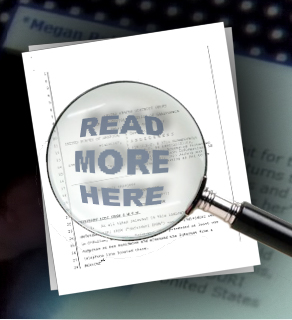 A federal grand jury on today indicted a Missouri woman for fraudulently using an account on the social networking website Myspace.com to pose as a teenage boy who feigned romantic interest in a 13 year-old girl. That girl later committed suicide after the “boy” spurned her and told her, among other things, that the world would be a better place without her.
(Watch Gary Tuchman's original AC360° report)

Lori Drew of O’Fallon, Missouri was charged with one count of conspiracy and three counts of accessing protected computers without authorization to obtain information to inflict emotional distress on the girl.

Drew allegedly helped create a Myspace account on false premises to contact Megan Meier, who thought she was chatting with a 16-year-old boy named Josh Evans, who turned out not to exist.

Due to juvenile privacy rules, the U.S. attorney's office said, the indictment refers to the girl as M.T.M. Each count in the indictment carries a maximum penalty of five years in prison.

You can read the indictment here: