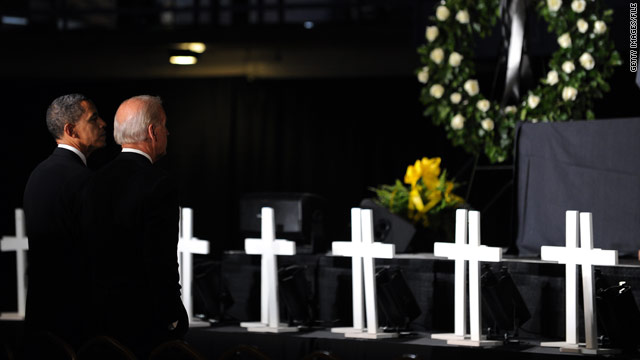 At a memorial service in April 2010, the president and vice president paid their respects to the 29 men killed when an explosion ripped through the Upper Big Branch mine in West Virginia. (Photo credit: Jewel Samad/AFP/Getty Images)
May 19th, 2011
11:05 AM ET

Report: Deadliest U.S. mining disaster in 40 years was due to failure of basic coal mine safety practices

(CNN) - A "perfect storm was brewing" in the Upper Big Branch coal mine in the weeks and days before a fireball tore through it on April 5, 2010, killing 29 miners and injuring one severely, according to a just-released report by the Governor's Independent Investigation Panel. The report describes in vivid detail the conditions at Upper Big Branch before, during and after the deadliest U.S. mine disaster in 40 years, and concludes the explosion was preventable and resulted from “failures in safety systems” at the mine in southern West Virginia.

The findings are based on physical examinations of the mine; regulatory records; the mine’s internal records; and more than 300 interviews with current and former mine employees, family members of miners, and state and federal mine regulators. One thing you won’t find in the 120-page report: testimony from the top people in charge of the mine; they invoked their Fifth Amendment privilege against self-incrimination and refused to cooperate with investigators.

Among the key findings: The Upper Big Branch mine lacked adequate ventilation; water sprays on equipment were not properly maintained and failed to function as they should have; and the mining company didn’t meet federal and state safety standards for the application of rock dust, a crucial tool in keeping highly explosive coal dust inert. END_OF_DOCUMENT_TOKEN_TO_BE_REPLACED

Pain all too familiar in mining community 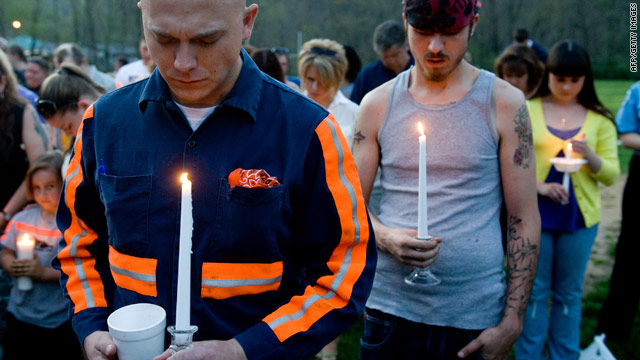 Miner Thomas Jones, left, joins in a candelight vigil to honor the dead miners this week in Whitesville, West Virginia.

The vague, familiar feeling began even before we arrived at the area of Monday's deadly mine explosion.

At least one church stood prominently in each little village along a two-lane asphalt roller coaster called Highway 3 from Beckley to the mine site. These are not the big mega-churches you see in the suburbs - they're modest, even quaint.

In front of a red brick chapel in Arnett, two women were working on a sign out front. You've seen these signs - the ones so many churches use to post inspirational messages from the pastor or perhaps the schedule for Sunday services.

Crista and Charlotte Dickens were changing the sign to read "God Bless Our Miners and Their Families."

CNN's John Roberts speaks to a woman who lost her son, brother and nephew in the West Virginia mine explosion.

Mine accidents in the United States

An explosion at the Massey Energy Co. mine in Montcoal, West Virginia, killed at least 25 miners. The cause of the explosion had not been determined as rescuers worked Tuesday to bore ventilation holes into the Upper Big Branch Mine. This is a chronological list of notable coal mine accidents in the United States over the last century. The list is not all-inclusive.

* December 6, 1907 - Worst coal mine disaster in U.S. history: 362 miners are killed in an explosion at the Monongah Nos. 6 and 8 Coal Mines in Monongah, West Virginia.

Coal River activist: 'We are all being used' 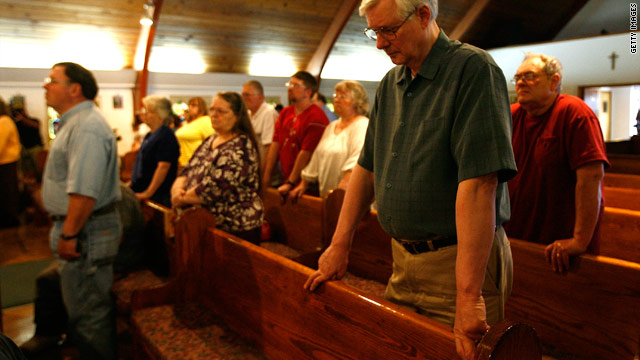 I am West Virginia born and raised, and I come from a long line of coal miners. My father, grandfather, brothers, husband and son-in-law either are or were coal miners.

My husband spent 35 years as an underground union coal miner and he died of black lung. I live near Coal River Mountain and my community is experiencing a tragedy.

The situation here, before this disaster, had already compelled me to become an environmental activist, committed to doing everything I can to stop the destructive practice of coal extraction known as mountaintop removal. I am not trying to stop all coal mining. I believe coal mining will be with us for a very long time, considering our enormous thirst for energy and our slow transition to renewable energy.

West Virginia's governor predicted Wednesday would be a "big day" as a bore hole was drilled into the area of a coal mine where officials believe four miners - unaccounted for after a deadly explosion Monday - may be found.

Pipes were lowered into the hole, and officials banged on the pipes in an effort to contact those underground, but there was no response, Gov. Joe Manchin said.

The hole punched through into the Upper Big Branch South Mine about 4:15 a.m. ET after being drilled 1,093 feet below the Earth's surface, the governor said. Two more holes were under way, and a fourth is planned.

The deaths of at least 25 workers in a West Virginia coal mine this week have turned a harsh spotlight on the safety record of the mine's owner, which has paid record fines for safety and environmental violations.

Virginia-based Massey Energy Co. has racked up millions of dollars in penalties in recent years. The Montcoal, West Virginia, mine where Monday's fatal explosion took place received 458 citations from federal inspectors in 2009, and more than 50 of those were for problems that the operators knew about but had not corrected, according to federal mine safety records.

Video: What caused the mining disaster?

West Virginia's governor predicted Wednesday would be a "big day" as a bore hole was drilled into the area of a coal mine where officials believe four miners - unaccounted for after a deadly explosion Monday - may be found.

Pipes were lowered into the hole, and officials banged on the pipes in an effort to contact those underground, but there was no response, Gov. Joe Manchin said.

The hole punched through into the Upper Big Branch South Mine about 4:15 a.m. ET after being drilled 1,093 feet below the Earth's surface, the governor said. Two more holes were under way, and a fourth is planned.