Editor's Note: Three members of the family of a Mexican marine who died in a shootout last week were killed Tuesday in the southern state of Tabasco, Mexican President Felipe Calderon said. Michael Ware was in Juarez, Mexico to report on the violence.

In 2004, Roy Hallums was abducted in Iraq and held hostage by insurgents for 311 days.

The American contractor was ambushed at his company’s compound in Baghdad by the Mujahideen Army, made up primarily of former intelligence officers under Saddam Hussein’s administration. Although he was moved around, Hallums spent most of his captivity imprisoned in an underground cell in Al-Mahmoudiyah, about 15 miles outside of Baghdad.

Hallums was working for the Saudi Arabian Trading and Construction Company when he was taken by insurgents. The company was involved in building projects in Iraq and had food service contracts with the U.S. military.

Hallums, who was 56 when he was abducted, describes his experience in his new book, “Buried Alive.” He told CNN that his situation was excruciating. Temperatures soared to 120 degrees and every single day of his captivity he lived in fear that his captors would execute him.

END_OF_DOCUMENT_TOKEN_TO_BE_REPLACED 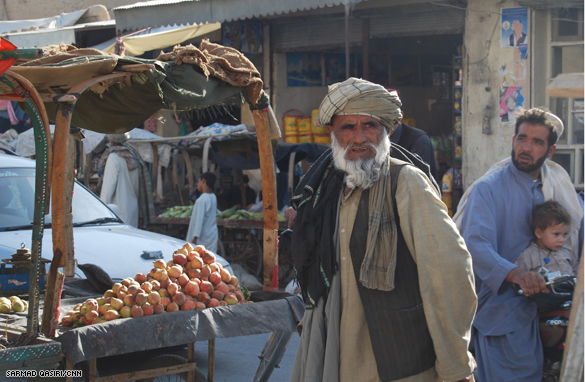 Editor’s Note: Tonight, President Obama will outline the new U.S. strategy for the war in Afghanistan. He reportedly will announce the decision to increase the number of the troops in the theater by more than 30,000. News of the plan has already met skepticism with Obama’s own party. Anderson Cooper, Dr. Sanjay Gupta and Michael Ware reported from Afghanistan earlier this fall about how troops are battling insurgents in the region. Watch their reports and tune in tonight for full coverage of President Obama’s announcement at 7 p.m. ET.

Photo Gallery: Birthplace of the Taliban remains under siege

Program Note: Tune in tonight for more from Michael Ware in Afghanistan. Anderson Cooper is reporting live from the battle zone and he is joined by CNN Security Analyst Peter Bergen, Dr. Sanjay Gupta and Michael Ware. Tonight 10 p.m. ET.

Paid for with U.S. dollars, Afghanistan's Highway 1 was supposed to symbolize a path toward a bright future when it was repaved five years ago.

The $300 million project smoothed over the highway's rough potholes and cut in half the 12-hour drive time from the capital, Kabul, to the country's political center, Kandahar.

But today, roadside bombs have re-scarred the road, and Taliban militants routinely stage brazen attacks on its travelers.

The journey between the two cities now takes at least nine hours, and people risk their lives when they travel on the road.

"It's been blown up by landmines, and there is no security on it," truck driver Mohammed Qasim said.

People have been pulled off buses along Highway 1 and executed by the Taliban. The militants man at least three checkpoints along the 300-mile road, which runs through Taliban-controlled areas of Afghanistan.