That he which hath no stomach to this fight,
Let him depart...
We would not die in that man's company
That fears his fellowship to die with us.

I've struggled coming to terms with CNN’s The Killings at the Canal special investigation that highlights the murders of four insurgents at the hands of U.S. soldiers. At first I felt betrayed by the soldiers' actions, and then my feelings moved towards empathy. I've walked in their boots, so to speak. I know what it is like to have to make decisions that impact the lives of many. I never took my duties lightly and always tried to do the correct thing. And while internet tough guys and armchair generals will take it upon themselves to second-guess the actions at the canal, the men and women who have "been there" will reserve judgment. Those who have tasted battle know where second-guessing leads. Combat is measured in seconds. Indecisiveness gets people killed. Hesitation gets people killed. And for a Marine/soldier, the worse loss is the loss of a brother/sister-in-arms.]

END_OF_DOCUMENT_TOKEN_TO_BE_REPLACED

Killings at the Canal: Part Three

A former Army sergeant who revealed the murders of four Iraqis at a canal in 2007 says he has no regrets about breaking his silence.

"I did the right thing," Jess Cunningham told CNN's "AC360°." "I'm not going to hide behind false brotherhood."

"These men are not heroes. They're not saviors," Cunningham said. 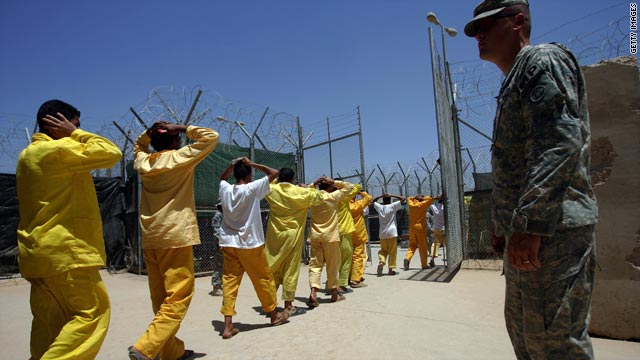 Video: 'Killings at the Canal' Q&A

The wives of three Army sergeants in prison for premeditated murder say their husbands are war heroes who should not be in prison.

"I can sympathize with them that they felt like there was nothing else they could do," said Jamie Leahy, wife of Sgt. Michael Leahy, a 28-year-old medic.

She said her husband and the other two sergeants were heroes for protecting other soldiers. Leahy, 1st Sgt. John Hatley and Sgt. 1st Class Joseph Mayo killed four Iraqi men whom they had taken into custody at a canal in Baghdad, Iraq.

During the investigation of the killings, Leahy told Army investigators that the same men they had captured would be shooting at them again if they had released them.

Killings at the Canal: Holding on to secrets

A group of 13 soldiers left Iraq holding on to a secret – the murders of four detainees at a Baghdad canal. They were told not to say a word, and for nine months, they kept quiet. Then, one of the 13 soldiers reported the crime and the secret was out.

But what if that soldier hadn't come forward and reported the murders? What if years had gone by, and these young soldiers were still holding on to this battlefield secret?

Especially for the twenty-somethings who are fighting this war – how do they keep a secret in a day and age where people from their generation are encouraged to live such public lives?

They are taught from a very young age to "talk it out," and why it's unhealthy to "keep it all inside." And now, with easy access to social networking sites, it's almost expected for people to splash their private lives, and personal photos all over the pages of Facebook and MySpace.

END_OF_DOCUMENT_TOKEN_TO_BE_REPLACED

Killings at the Canal: Convicted of murder

For months, we wanted to hear from John Hatley.

He's the former first sergeant who had the idea to take four Iraqi detainees to a Baghdad canal and, along with two other sergeants, kill them.

Special Investigations Unit Correspondent Abbie Boudreau and I traveled to Germany over the summer where we interviewed Hatley's wife, Kim, and his attorney David Court. We told them it was important to hear from Hatley since he never testified during his court martial. Our only request: He should tell us what he wants the public to know.

After numerous requests, one day in September, a two-page single-spaced typed letter arrived in the mail at CNN.

Hatley began, "I've been contacted numerous times through third party sources that you have requested a statement from me. Obviously, I'm sure you understand my apprehensiveness in making a statement to the media, but there are some issues I would like to take this opportunity to address."