Juror B37: Zimmerman's heart was in the right place

In an exclusive interview on AC360, Zimmerman trial Juror B37 told Anderson she thought George Zimmerman had every right to carry a gun.

She told Anderson she thinks Zimmerman is guilty of not using good judgement. "I think George Zimmerman is a man whose heart was in the right place, but just got displaced by the vandalism in the neighborhoods and wanting to catch these people so badly that he went above and beyond what he really should have done."
END_OF_DOCUMENT_TOKEN_TO_BE_REPLACED

In an exclusive interview on AC360, one of the Zimmerman trial jurors said most of the jury thought the 911 call screams came from Zimmerman, not Martin.

Juror B37 told Anderson the reason she thought Zimmerman was the person screaming was because he was the one who was beaten during the fight.
END_OF_DOCUMENT_TOKEN_TO_BE_REPLACED

Zimmerman Juror B37: 'Race did not play a role'

Tonight on AC360 Anderson Cooper spoke exclusively to George Zimmerman trial Juror B37 about whether or not race played a role in the case.

The juror said she didn't think Zimmerman viewed Trayvon Martin as suspicious because he was an African-American. She said race did not come up as part of the jury's deliberation discussions. "I think he just profiled him because he was the neighborhood watch, and he profiled anybody that came in acting strange."

She said that if, for example, the person walking through the neighborhood was someone from a different race, "Spanish, white, Asian ... George would have reacted the exact same way."
END_OF_DOCUMENT_TOKEN_TO_BE_REPLACED

Zimmerman trial Juror B37: 'It's very emotional' for me

Tonight on AC360 Anderson Cooper spoke exclusively to Juror B37 about the emotions she and the other Zimmerman trial jurors experienced after their verdict was read in court.

"It was just hard thinking that somebody lost their life and there’s nothing else could be done about it. I mean, it’s what happened, it’s sad, it’s a tragedy this happened. But it happened."

The juror said she thought both George Zimmerman and Trayvon Martin were responsible for the situation. "I think both of them could have walked away. Umm, it just didn’t happen."
END_OF_DOCUMENT_TOKEN_TO_BE_REPLACED 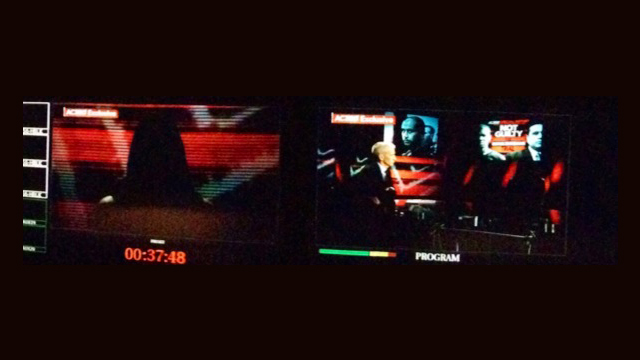 One of the six jurors who acquitted George Zimmerman in his second-degree murder trial speaks exclusively to Anderson Cooper about the trial and verdict.