Tonight two convicted murderers are on the loose. They were serving life sentences without the possibility of parole, but they were able to walk out of prison after phony documents containing forged signatures ordered their release a few weeks ago. There is a massive manhunt underway, along with a review of prison records to see if any other inmates were also mistakenly released. John Zarrella has the latest.

Last week, at the age of 64, Diana Nyad successfully completed the grueling 110-mile swim from Cuba to Florida. Now some on social media are asking whether she had more help than just some strong currents? John Zarrella takes a closer look.
June 28th, 2010
01:00 PM ET

They're at the top of the ocean's food chain - but it is still a mystery how the oil disaster is affecting the shark population in the Gulf of Mexico.

Even if sharks never touch the oil slick, their sources of oxygen and food are at risk. And a reduced shark population could impact the entire Gulf ecosystem, according to Neil Hammerschlag, a researcher at the University of Miami, who has been studying sharks for a decade - tagging them to determine their migratory patterns and other behaviors.

Today, his research focus has changed.

Video: Scrambling for oysters ahead of the oil

As CNN's John Zarrella reports, the NFL's New Orleans Saints are more than just distraction for the city with soul. 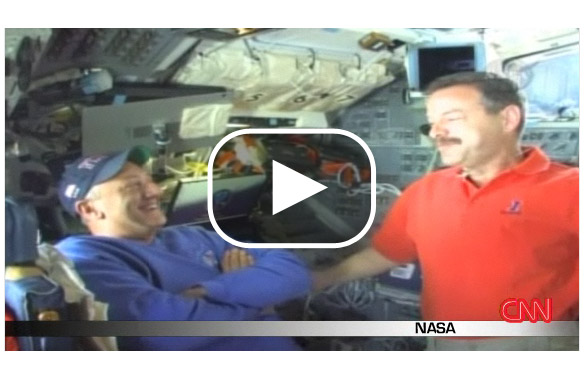