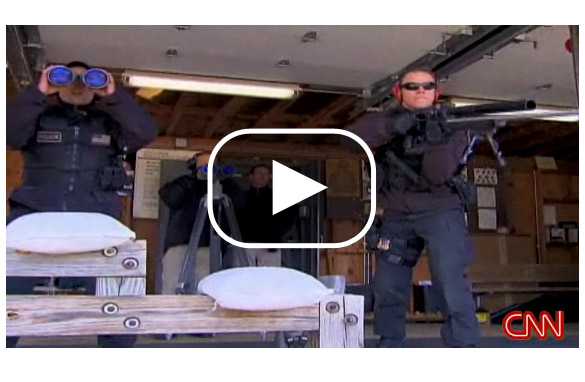 The counter snipers of the U.S. Secret Service are gearing up for Inauguration Day. CNN's Jeanne Meserve reports.

Imagine this: Ready for the WMD attack

Imagination isn’t a good thing if you cover homeland security.  You mull over all kinds of threats, and spin out all kinds of scenarios.  But none has haunted me the way biological terror has.

The new report from the Commission on the Prevention of Weapons of Mass Destruction underscores the danger.  It tells us that terrorists are likely to hit in the next five years using a weapon of mass destruction…most likely a biological weapon.

For a sense of what that would mean take a look at The Great Influenza, a powerful book about the epidemic of 1918 which killed 20 to 40 million people worldwide.  In excruciating detail author John Barry writes about the disease and what it wrought.  Then imagine something like that in our world.