So yesterday I told you about the formation of Tropical Storm Ike. Looks like it's not going to calm down for a while.

A new tropical storm has formed in the eastern Atlantic to make a total of four named storms currently at large. Tropical Storm Josephine 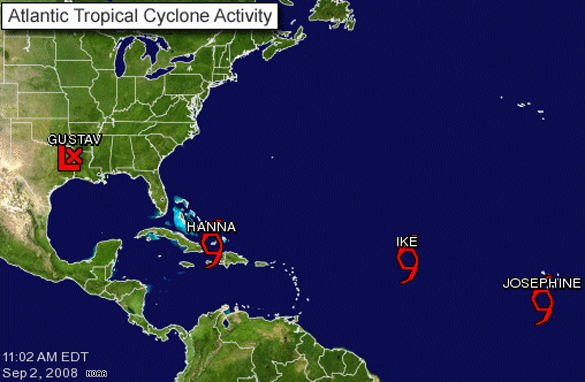 The National Hurricane Center says Josephine is the 10th named storm of the Atlantic hurricane season.

Josephine has top sustained winds near 40 mph and is moving west at 15 mph. It could be near hurricane strength on Wednesday or Thursday. Right when we'll be dealing with Hanna, and possibly Ike.

Take a look at the projections. Still very early, but wanted to share: 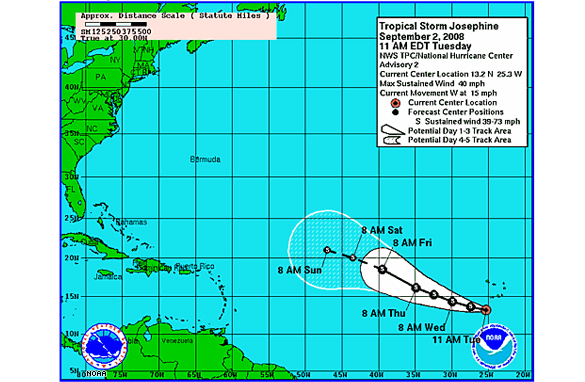 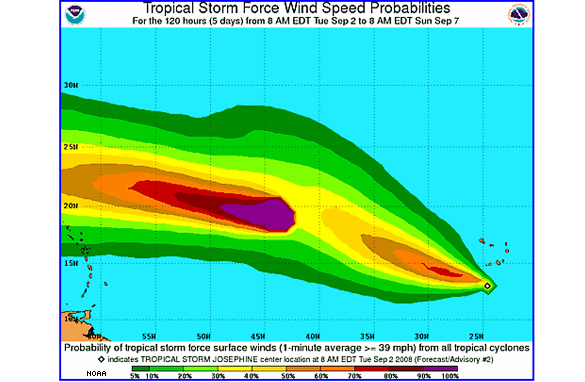 Now this isn't the first time Tropical Storm Josephine has appeared. Back in October of 1996 there was another storm named Josephine, responsible $130 million dollars in damage (around $180 million in todays dollars). Let's hope we don't see Josephine make a second visit. 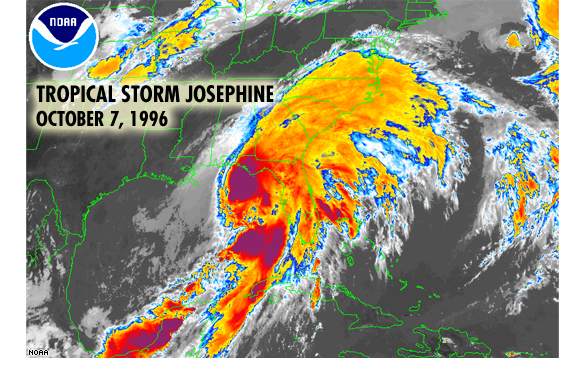 NEXT UP: (after Hanna) Tropical Storm IKE?

Looks like there is another tropical storm out there… no I’m not talking about Hanna (that’s now a Hurricane). I’m talking about Ike. Currently located in the Mid-Atlantic, this tropical storm’s path appears to be headed toward the Caribbean, towards Puerto Rico, The Dominican Republic/Haiti and the Bahamas.

It’s still too soon to know exactly where it will go, or if it will amount to anything, but with two storms spinning out there… one already making landfall, and one more approaching the U.S. coast by the middle of this week… I just wanted to alert you. 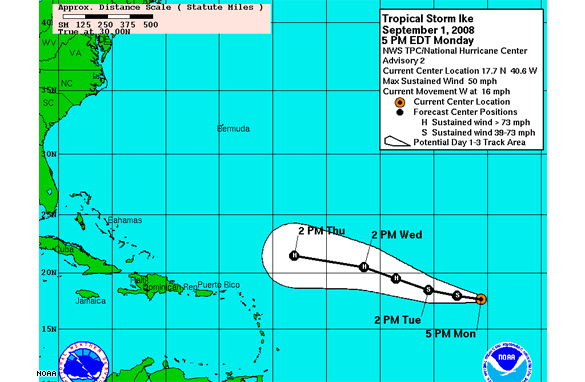 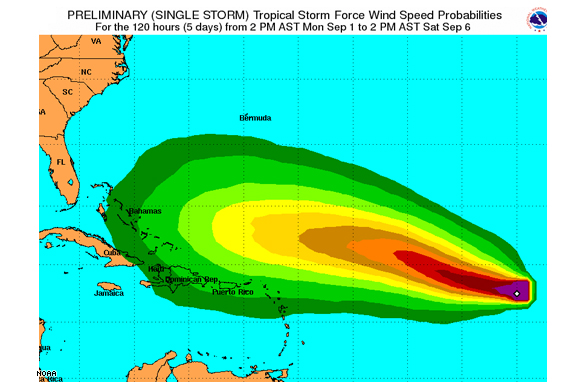 From the National Hurricane Center:
END_OF_DOCUMENT_TOKEN_TO_BE_REPLACED

[cnn-photo-caption image=http://i2.cdn.turner.com/cnn/2008/WORLD/weather/09/01/hanna.storm.ap/art.hanna.ap.jpg caption="As the US deals with Hurricane Gustav, left, forecasters warn that Hurricane Hanna could hit the US coast next week."]

Forecasters warned it could hit the U.S. coast by midweek.

"The storm's on top of us right now, and it's blowing really hard," said Miguel Campbell, a mechanic with the Bahamas Electricity Corp. on the island of Mayaguana, the easternmost in the Bahamas, where some 300 people were hunkered down at home or in a government shelter.

In the nearby Turks and Caicos, wind and rain forced the closure of the airport and schools and cleared the streets.

There were no immediate reports of injuries or major damage.

Hanna is the eighth named storm of the Atlantic hurricane season and comes on the heels of Gustav, which was battering the U.S. Gulf Coast on Monday.

An eventual strike on the U.S. mainland was in the forecast for Hanna.