Reports out today indicate the government will direct about half of the 19 banks undergoing “stress tests” to boost their capital reserves, a move that officials hope will quell fears about the solvency of the financial sector.

Regulators reportedly plan to brief the nation's largest banks today on the final results, with a public announcement scheduled for Thursday afternoon. The “stress tests” are meant to determine whether the banks in question have sufficient reserves to weather the recession.

Preliminary results are said to show that firms including Bank of America, Citigroup, Wells Fargo and several regional banks may be required to take remedial action.

Stocks slumped today as investors slammed on the brakes after pushing the major gauges to multi-month highs in the previous session.

Stocks rallied Monday on bets that the economy is closer to stabilizing. The Nasdaq ended at a 6-month high and the Dow and S&P 500 ended at nearly 4-month highs.

Also on Wall Street’s radar today… Swiss banking giant UBS, one of the hardest-hit banks in the global financial crisis, confirmed that it posted a net loss for the first quarter, illustrating that it continues to struggle with write-downs even as rivals show signs of business picking up.

END_OF_DOCUMENT_TOKEN_TO_BE_REPLACED

Stocks on Wall Street opened modestly higher today, extending yesterday’s massive rally. But will we see the first back-to-back gains in more than a month?

On Tuesday, stocks surged after a Citigroup memo said the battered bank was profitable in January and February, and amid talk that the government may reinstate a restriction on short-selling - a Depression-era rule aimed at preventing a massive plunge in a stock price caused by a wave of selling.

An update today on what many consider to be the single-most important effort underway to heal the financial sector.

The Obama Administration will soon unveil details of its plan for dealing with the toxic assets that lie at the heart of the financial crisis, Treasury Secretary Timothy Geithner said Tuesday.

END_OF_DOCUMENT_TOKEN_TO_BE_REPLACED 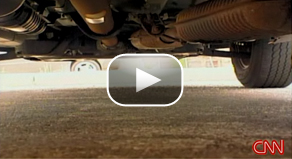 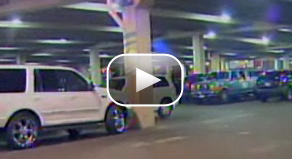