CNN's Anderson Cooper talks to "Food Inc." director Robert Kenner about the safety of our food.

In Southern California, mountain communities in the Kern River Valley are feeling the pressure of a failing economy. Local food banks are experiencing shortages as more residents are seeking their help to survive.

One neighbor heard the need and spread the word. In less than two weeks several residents had volunteered to form a "Caravan for Compassion." The Caravan is a food drive...

How we lost 4 million pounds while feeding the hungry

[cnn-photo-caption image=http://i2.cdn.turner.com/cnn/2008/images/11/06/art.fond.du.lac.jpg caption="For every pound lost by Weight Watchers between Sept. 7th and Oct. 18, the equivalent of one pound of food will be donated to Share Our Strength or Action Against Hunger."]David Kirchhoff
CEO, Weight Watchers International

We live in such an unusual time, given that so many people are struggling to get enough to eat, and yet obesity is a major health care issue around the world. Just look at these two statistics: 862 million people are underfed, and1.6 billion people are overweight or obese. What a startling imbalance.

To contribute to righting this imbalance, we announced Lose for Good a couple of months ago, a new challenge to Weight Watchers Members to band together and invest in their own health while helping a neighbor in need.

The goal was simple: For every pound lost by Weight Watchers between Sept. 7th and Oct. 18, we would donate the equivalent of one pound of food, up to a million dollars, to Share Our Strength or Action Against Hunger. In addition, our members and staff could contribute food locally to those who are having a hard time making ends meet.

When we started planning earlier this year, it seemed a compelling way to motivate our members and do something good for the community. As the economy started to deteriorate, food banks started to get hit pretty hard with decreased donations and increased demand. Suddenly, Lose For Good began to feel more than just compelling. It became a call to action.

END_OF_DOCUMENT_TOKEN_TO_BE_REPLACED

Erica’s News Note: Up, up and away

Erica Hill
360° CorrespondentI can’t believe we are days away from the unofficial start to summer: Memorial Day. I know, it’s not the solstice, but who needs one when there’s a sale everywhere you look? And we’ll need them. Chances are, this Memorial Day weekend will be different from years past. Maybe you’ve decided to skip the road trip this year (AAA says you’re not alone) thanks to the ever-increasing cost of gas. I hate to be the bearer of bad news, but sticking around the home front may not be much of a bargain, either.

Everything from beer to buns to briquettes will likely cost you more than they did last year. Paper plates are almost 14 percent more than last year. Lettuce is up 9 percent. And those hamburger buns? Up almost 17 percent. This is the highest food inflation we’ve seen in nearly two decades – which is also a major factor in the food crisis. The worst part? These prices aren’t coming down.

And neither are airline prices, especially if you’re flying American.

END_OF_DOCUMENT_TOKEN_TO_BE_REPLACED

The candidates in Oregon... and hunger, too

It’s Oregon’s turn in the limelight. Presidential candidates are blazing a quick trail through the state as Oregonians turn in their ballots with the thought that this time 'round their late-primary vote will count.

Crowds flock to hear the candidates talk about energy, the economy, education and health care. But when it comes to talking about hunger ... they are silent.

That’s why I sent a letter to all of the major candidates ... red and blue ... inviting them to visit Oregon Food Bank ... to discuss their policy recommendations to eliminate hunger in the U.S.

In many ways, our efficient, 108,000-square-foot warehouse symbolizes what’s off kilter in America today. The American dream has failed too many people in our nation.

We are failing our children

Children who are hungry get sick more often, have more difficulty learning in school, and may face long-term, irreversible health problems.

END_OF_DOCUMENT_TOKEN_TO_BE_REPLACED

Their Cupboards Are Bare

Does your neighbor have enough to eat? Can they afford milk, fresh vegetables for their kids?

Yes, the people next door who look just like you...they have a mortgage, one - maybe two - cars, and a mounting pile of bills they can't pay.

There are 35 million Americans at risk of going hungry tonight, and they're not all homeless or unemployed. The "new" hungry Americans are educated, middle-class folks - many have full-time jobs - and their cupboards are bare.

Here in NYC, the main food bank for the five boroughs has seen a 73 percent increase in people with full-time jobs coming in for help. Food pantries are their last resort, but many are too proud or to embarrassed to let anyone know they need the help.
END_OF_DOCUMENT_TOKEN_TO_BE_REPLACED 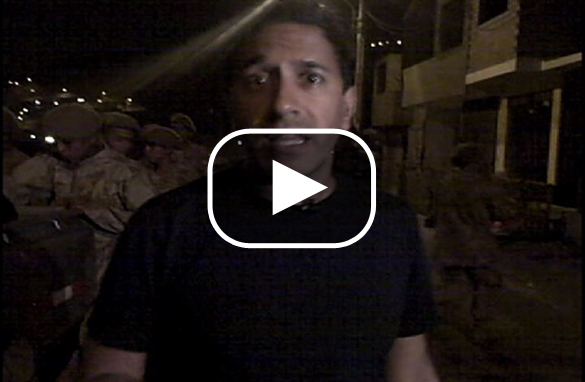 Dr. Sanjay Gupta is on assignment in Lima, Peru.  Watch his behind-the-scenes look at how the country is dealing with a looming food crisis.

How has the rising cost of food affected you?