Video: Cleaning birds from the Gulf

A key Republican senator, instrumental in climate change negotiations in the Senate, has indicated that getting a bill passed this year with bipartisan support is a priority.

But with a sharply divided Senate and other issues such as financial reform and jobs likely to take up the rest of this year's agenda, getting the legislation through the chamber could prove difficult.

Sen. Lindsey Graham, though, is holding out hope.

"What I don't want to do is leave the Congress this year having done nothing," the South Carolina Republican said. "This has a chance I think to get 60 votes, better than any proposal I have seen."

Photo Gallery: Searching for birds in the Gulf

CNN's Anderson Cooper is reporting live from the Gulf oil spill. Here are some behind the scenes pictures of his trip with the U.S. Fish and Wildlife Service as they searched for birds in the Gulf. 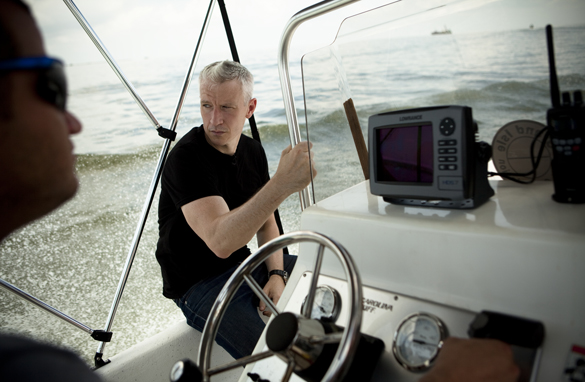 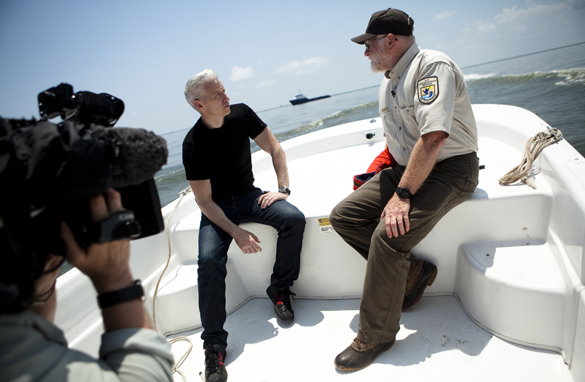 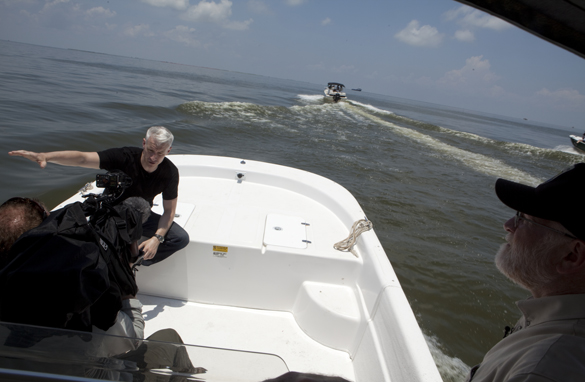 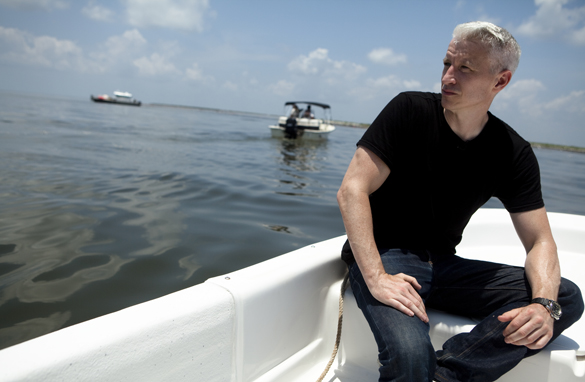 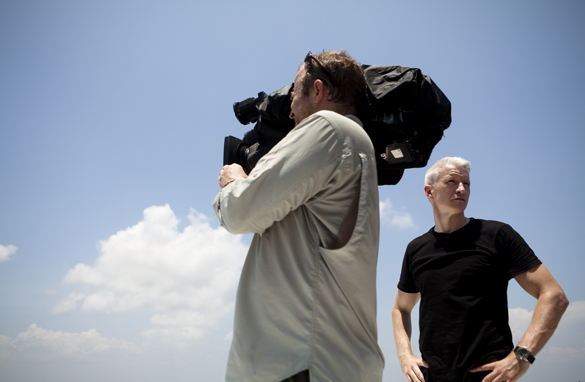 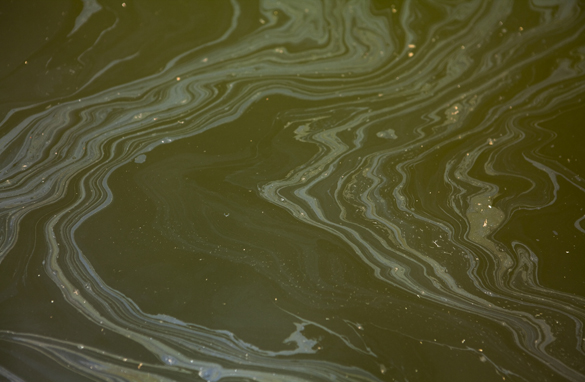 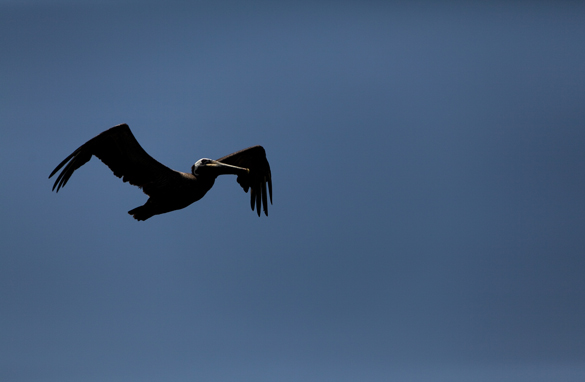 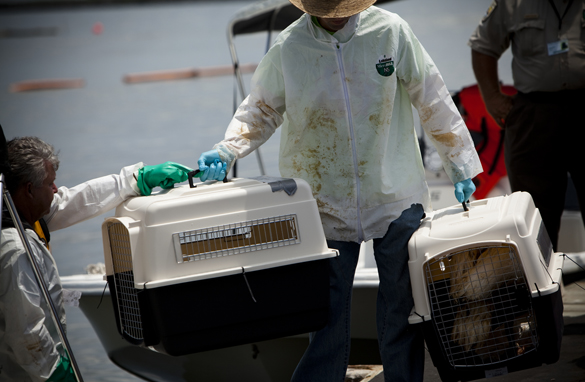 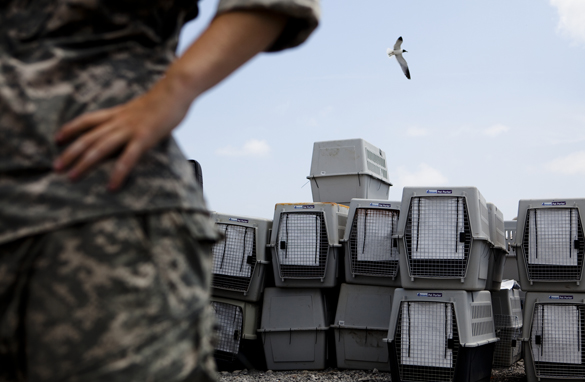 Robot submarines steered a new cap to BP's ruptured undersea well in the Gulf of Mexico on Thursday in the company's latest attempt to rein in the largest oil spill in U.S. history.

The cap was placed atop the pipe before 10 p.m., but oil and gas continued to spew as engineers attempted to adjust it.

BP CEO Tony Hayward announced that the company had crossed a "milestone" earlier in the day by cutting away the remains of the well's damaged riser pipe. That cleared the way for the dome to be lowered down to the well, 5,000 feet below the surface of the Gulf, but Hayward said the operation would need several more hours to complete.

"The next 12 to 24 hours will give us an indication of how successful this attempt will be," Hayward told reporters at the company's U.S. headquarters in Houston, Texas.

A Coast Guard spokesman predicted the operation would be completed sometime Thursday night, but said it would not be immediately known whether the cap was working.

Video: AC: "It's just dead out there"

Experts: Oil spill could be disaster for animals

A huge oil spill oozing toward the Gulf Coast on Thursday threatens hundreds of species of wildlife, some in their prime breeding season, environmental organizations said.

The Coast Guard said Wednesday that the amount of oil spilling from an underwater well after an oil rig explosion last week has increased to as many as 5,000 barrels of oil a day, or 210,000 gallons, five times more than what was originally believed.

Although efforts to minimize the damage are under way and options under consideration include asking the U.S. military for assistance, wildlife conservation groups say the oil could pose a "growing environmental disaster."

"The terrible loss of 11 workers (unaccounted for after the rig explosion) may be just the beginning of this tragedy as the oil slick spreads toward sensitive coastal areas vital to birds and marine life and to all the communities that depend on them," said Melanie Driscoll, director of bird conservation for the Louisiana Coastal Initiative, in a statement.

Coastal areas of Louisiana, Mississippi, Alabama and Florida could be at risk, the organization said.

30 Days of Guessing, One Dirty Reality

One month ago today, the Deepwater Horizon exploded in the Gulf of Mexico tragically killing eleven men working on the BP oil rig and choking the Gulf Coast with millions of gallons of oil — oil that is still pouring into the waters today. Thirty days later, we are no closer to knowing how to contain and stop the leak, or how extensive — or long-lasting — the damage will be. But we have been awakened to the dirty realities of our fossil-fuel addiction.

Thirty days later and the guesswork to basic questions continue. Even the most conservative estimates have the oil output at 210,000 gallons every day. But experts think that number could be as high as 4,200,000 gallons a day — 20 times as high.

How far will the oil slick spread? Currently nineteen percent of the Gulf of Mexico has been closed to fishing with the spill potentially reaching the Florida Keys and even further to Cuba. As we try to understand the scope of the spill, scientists are growing increasingly concerned about the plumes of oil that are spreading beneath the ocean surface – destruction unseen to us but felt at great depths.

END_OF_DOCUMENT_TOKEN_TO_BE_REPLACED

Prisoners turn over a new leaf with eye on environment

Aberdeen, Washington (CNN) - The organic vegetables travel a short distance from the well-tended garden to the table where they are eaten.

Waste is carefully picked through and recycled, saving thousands of dollars.

The close-cropped lawns are maintained by push mowers to cut down on carbon emissions and gas expenses.

This is not some new designer eco-hotel where the rich and environmentally conscious can be pampered free of guilt.