The CIA Is Keeping Secrets. Hello?

On June 24, CIA Director Leon Panetta made a confession. For the past eight years, the agency has been running a top-secret unit to assassinate or grab members of al-Qaeda. The program was deliberately kept from Congress — supposedly on former Vice President Dick Cheney's orders — and Panetta stopped it as soon as he heard about it.

Sounds alarming. But like many of these stories, there's less to it than meets the eye. The unit conducted no assassinations or grabs. A former CIA officer involved in the program told me that no targets were picked, no weapons issued and no one sent overseas to carry out anything. 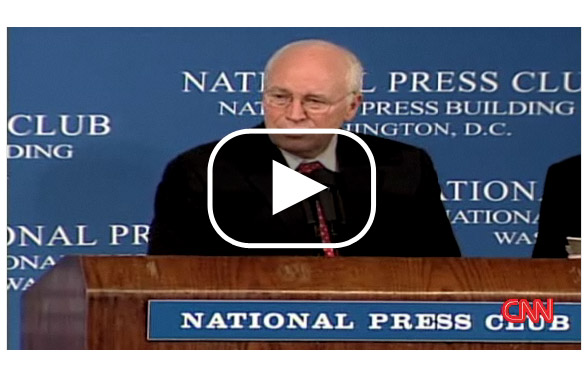 I began having second thoughts about last week's column urging the indictment of former Vice President Dick Cheney for approving the use of waterboarding and other forms of illegal torture, shortly after it was published and posted last Monday morning – days before the Obama-Cheney back-to-back speeches Thursday.

Just to repeat briefly why I wrote that Mr. Cheney should be indicted:

It cannot seriously be disputed that waterboarding is "torture," as that word was defined by Congress in the 1994 federal criminal prohibition against torture: conduct "specifically intended to inflict severe physical or mental pain or suffering." No one seriously disputes that waterboarding intentionally inflicts serious physical and mental pain. Waterboarding was prosecuted after World War II as torture and has been notorious ever since the Inquisition. 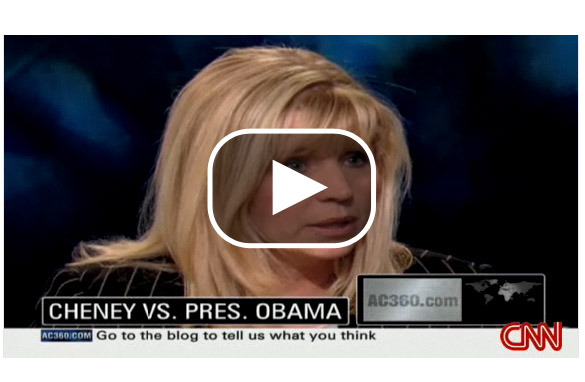 Anderson talks with Liz Cheney, the daughter of former Vice President Dick Cheney. Anderson asks whether or not it is appropriate for her father to be so vocal right now, so soon after leaving office. They also talk about the debate surrounding the use of 'enhanced interrogation techniques.'

Thursday's competing addresses on national security from President Obama and Vice President Dick Cheney put into sharp focus the contrast between those who think the military prison at Guantanamo Bay makes us safe and those convinced it makes us less so.

Which side are the American people on? Both actually. Polls show the public pretty evenly split on the question of whether Guantanamo is an asset or a liability.

That isn't likely to change as a result of the speeches. Both presentations were first-rate, comprehensive and - to a point - persuasive. More importantly, they showed courage - something missing in Congress, where lawmakers are only making a tough situation even tougher by playing politics with national security because of shortsighted provincialism. 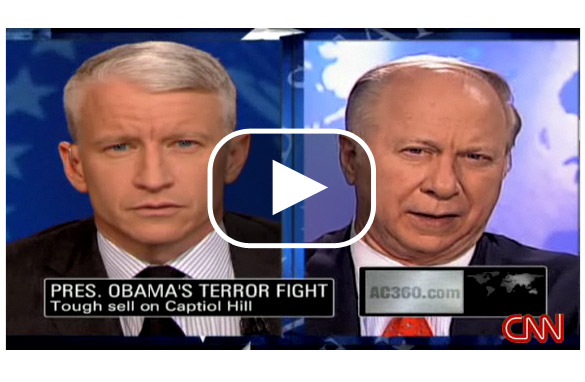 Anderson talks with a panel about the national security speeches by former Vice President Cheney and President Obama.

A simple note having now read the former vice-president's despicable and disgraceful speech. It confirms the very worst of him, and reveals just how callow, just how arrogant, and just how reckless and unrepentant this man is and has long been.

There was not a whisper of regret or reflection; there was a series of lies and distortions, a reckless attack on a graceful successor, inheriting a world of intractable problems, and a reminder that while serious men and women will indeed move on, Cheney never will. He remains a threat to this country's constitution as he remains a stain on its honor and moral standing.

I never believed I would hear a vice-president of the United States not simply defend torture but insist on pride in it, insist on its honor. But that is what he said, with that sly grin insisting that fear always beats reason, that violence always beats dialogue, and that torture is always an American value.

Obama said his administration is trying to clean up "a mess" left behind by the Bush administration. He defended his plan to close the Guantanamo Bay detention center in Cuba, his ban on torture, the release of Bush-era interrogation memos and his objection to the release of prisoner photos.

Cheney stood up for the Bush administration's security record, arguing that Obama has weakened the country's ability to combat al Qaeda and other extremists. He defended the use of enhanced interrogation techniques as a success that changed thousands of lives. He called the release of the Bush-era memos a reckless distraction and belittled Obama's decision to close Guantanamo "with little deliberation and no plan." 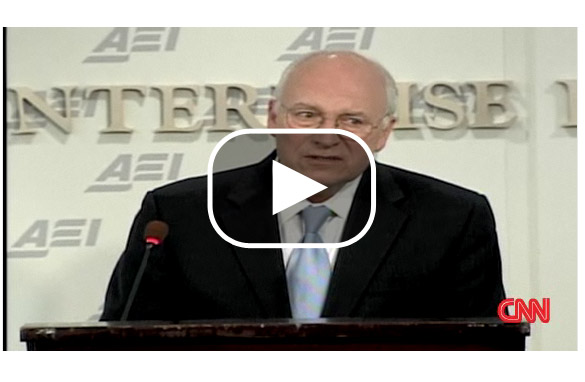 Program Note: Tune in tonight for more on the CIA denial of Cheney's request on AC360° at 10 p.m. ET.

In a written statement, CIA spokesman Paul Gimigliano said the two documents Cheney requested are the subject of a pending lawsuit and cannot be declassified.

Cheney has said he wants the documents released so there can be a more "honest debate" on the Bush administration's approval of "alternative" interrogation techniques against suspected terrorists. He argued that those techniques provided valuable intelligence that saved American lives, but critics say they amounted to the illegal torture of prisoners in U.S. custody.