Murder, money and politics in Chicago

END_OF_DOCUMENT_TOKEN_TO_BE_REPLACED

Program Note: Don't miss our report on the violence in Chicago tonight on AC360° at 10 p.m. ET.

More than 100 people have been murdered in Chicago this year. Now some lawmakers are calling for the National Guard to be deployed to Chicago. Here is the raw data on crime in the Windy City.

Video: Inside a Chicago ER

A little less than a year ago, Dr. Sanjay Gupta went inside a Chicago Emergency Room to report on how hospitals in the city were responding to the violence in the city.

In the above report, he spoke to Dr. Steven Salzman, a trauma surgeon, who regularly treats victims of the violence. Dr. Salzman will be on again tonight to talk about the disturbing amount of crime plaguing Chicago. 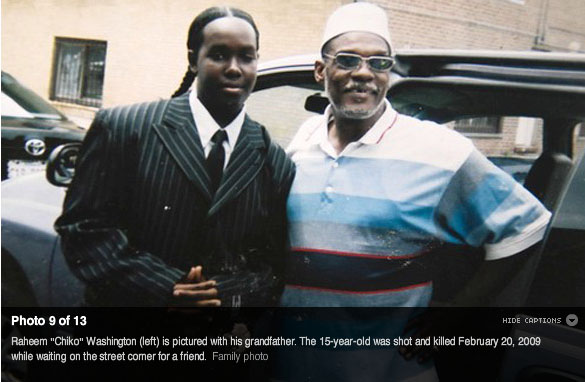 Youth violence is widespread in the United States and is the second leading cause of death for young people between the ages of 10 and 24. According to a report released by the CDC, youth violence includes various behaviors such as bullying, slapping or hitting and can cause more emotional than physical harm. Robbery, assault or rape can lead to serious injury and even death. In 2006, an average of 16 people were murdered in the U.S. each day.

Take a look at some of the CDC’s statistics:

• In a 2007 nationwide survey, 36% of high school students reported being in a physical fight during the past 12 months.

• Nearly 6% of high school students in 2007 reported taking a gun, knife, or club to school in the 30 days before the survey.

• An estimated 30% of kids between 6th and 10th grade report being involved in bullying.

How much do we love our kids?

[cnn-photo-caption image=http://i2.cdn.turner.com/cnn/2009/images/10/27/gangrape.highschool.jpg caption="Police say a student at Richmond High School was gang raped outside during a homecoming dance."]

Our kids are subjected to environments and images of violence on a level never seen before. They are numbed. I asked a group of girls about why listening to Chris Brown was wrong and I was not prepared to be blown away by their twisted perception of what is reasonable behavior.

If you have not been in a school lately you ought to be afraid, very afraid. The highest rates of violence are directly related to what is considered acceptable.

This is the direct result of kids feeling unraised and unloved. It is also the result of kids growing up without adult structure and high expectations. Communities can become Lord of the Flies environments in which the kids make adult decisions and they decide wrong every single time.