Video: Is Islam a peaceful religion? Bill Maher weighs in.

Program Note: Don't miss Anderson's discussion with Dennis Quaid on the chilling medical error that nearly killed his newborn twins and why he's speaking out about medical mistakes. AC360° at 10 p.m. ET.

In our Big Interview Anderson talked to Dennis Quaid who has made it his mission to raise awareness about the risks of medical errors. In 2007, his newborn twins almost died as a result of a medical mistake at a hospital when they were given an accidental overdose of a blood thinner. 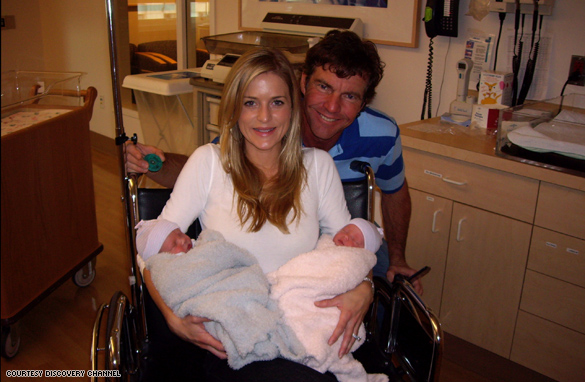 On Thursday, during a presentation for the International Forum on Quality and Safety in Healthcare, Quaid described – in detail – the medical mistake that nearly killed his twins.

The incident occurred when his twins, Thomas Boone and Zoe Grace, were 12-days old. They were undergoing IV-antibiotic treatment for a staph infection at a hospital in Los Angeles, California.

The infants were supposed to receive 10 units of the blood thinner heparin they were prescribed, but they were given 10,000 units – that's 1,000 times the intended amount. The babies survived, "thanks to prayers," said Quaid, and are not expected to suffer any further damage.

When Quaid began investigating the incident he found that the bottles of high and low-dose Heparin looked very similar. Quaid also discovered that the similarity had led to other overdoses. Three other babies died as a result and three others were injured. Since then, the labels have changed, but Quaid and his wife, Kimberly, started the Quaid Foundation to help prevent medical mistakes from happening to others.

Editor's Note: Tonight, we report on what many refer to as physician-assisted suicide. It's legal in three states - Montana, Oregon and Washington. Two Connecticut doctors are in court to challenge the law that would have them prosecuted with second-degree manslaughter for prescribing lethal medication. Last week Anderson spoke to Dr. Jack Kevorkian who assisted terminally ill patients die. Watch their conversation here.

To view the physician-assisted suicide laws by state go here.

Don't miss the second part of Anderson's conversation with Jack Kevorkian tonight. Kevorkian, also known as "Dr. Death," sits down with us for one of his first interviews since being released from prison nearly three years ago.

Tonight, Anderson talks to the film's director, Oscar winning Barry Levinson, as well as and Susan Sarandon and John Goodman, who star in the film. AC360° at 10 p.m. ET.

Tonight, Anderson talks to Jack Kevorkian, also known as "Dr. Death," for one of his first interviews since being released from prison nearly three years ago.

Anderson also talks to the film's director, Oscar winning Barry Levinson, as well as and Susan Sarandon and John Goodman, who star in the film. AC360° at 10 p.m. ET.

'You Don't Know Jack,' a film about Jack Kevorkian, premieres on HBO next week. In our Big Interview tonight, Anderson sits down with Kevorkian in one of his first interviews since his release from prison three years ago. Anderson will talk to him about the movie and about how he became known as "Dr. Death."

'You Don't Know Jack,' was directed by Oscar winner Barry Levinson, who will also talk to Anderson tonight. They will be joined by actors Susan Sarandon and John Goodman, who both star in the film.

Learn more about the film and watch the trailer here...