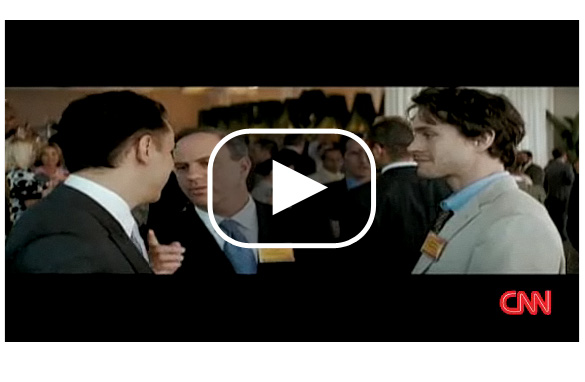 We heard a rumor that Fortune Managing Editor Andy Serwer makes a cameo appearance in the movie, 'Confessions of a Shopaholic.' We tracked it down...check it out.

Madoff scandal: Did the SEC blow it?

See all of Andy's columns at Fortune.com.

Madoff investor: "Will I ever see any of my money again?"

Now that the Madoff fraud has been exposed there are still a slew of fundamental questions outstanding.

How did one man, Bernard Madoff, run such a massive, self-described Ponzi scheme? Is it really true no one else was involved? How much money has really been lost? Is it $50 billion? And even if it is only several billion, how does someone burn through that much cash? Where did it go?

And then there's the heart-breaking question one of my elderly neighbors - a Madoff investor - asked me: "Will I ever see any of my money again?"

I have no idea, I told her sadly, maybe you'll get some, but you should assume that it's all gone.

Of course there are thousands of stories like my neighbor's. It's outrageous that someone like Bernard Madoff - a former NASDAQ chairman - could operate such a vast conspiracy right under the noses of the regulators.

In this video clip, Fortune's Andy Serwer says that the print media is struggling with increasing Internet competition. 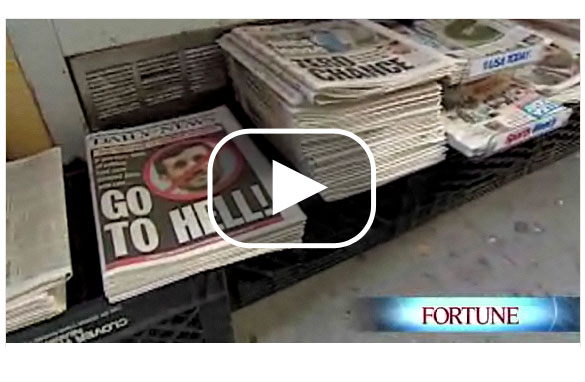 Once and future Treasury Secretary?

There has been much talk of whom President-elect Barack Obama will name as his Treasury secretary. The guessing game on Wall Street and in Washington, serious stuff even before the election, has become even more intense.

A job that was once a good part ceremonial – with the ultimate perk being your signature on the nation's currency – has become full-time serious. The new Treasury secretary is probably Obama's most significant appointment, and arguably the first significant decision the next president will make.

Fortune believes that former Treasury Secretary Lawrence (Larry) Summers is in the lead to get the job. Summers, who served in the Clinton Administration, wouldn't be a surprise pick. He along with other economic experts, ex-Treasury Secretary Robert Rubin and former chairman of the Federal Reserve Paul Volcker, have advised Obama during the campaign, especially as the economic crisis unfolded. Volcker is said to be highly interested in the Treasury job, but Summers, with support from Rubin, has the inside track.

History can get us out of this mess 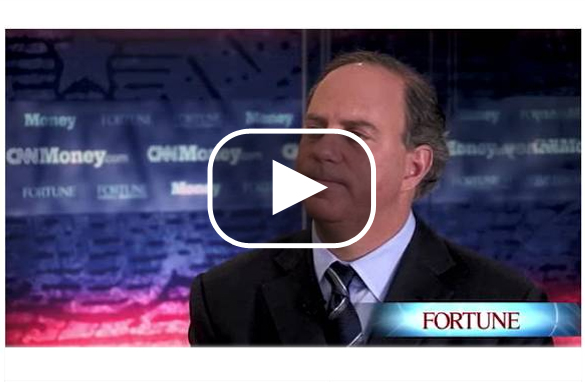 What right wingers mean when they call Obama a "socialist"

Right-wing attempts to paint Barack Obama as a socialist aren't just disingenuous. They're rooted in a history of conservative smears against black leaders.

On Saturday, Georgia Congressman John Lewis went nuclear on John McCain, releasing a statement that seemed to compare McCain to segregationist George Wallace. "George Wallace never threw a bomb," Lewis wrote. "He never fired a gun, but he created the climate and the conditions that encouraged vicious attacks against innocent Americans who only desired to exercise their constitutional rights." The civil rights icon continued, "Because of this atmosphere of hate, four little girls were killed one Sunday morning when a church was bombed in Birmingham, Alabama."

Lewis accused McCain and his running mate Sarah Palin of "sowing the seeds of hatred and division." He was referring to the angry tone of recent McCain rallies, where cries of "kill him" and "off with his head" have made many people anxious about the potential for violence against the Democratic nominee.

It's no wonder that the tone at McCain rallies remind Lewis of the bad old days. In recent months, conservatives have sounded increasingly retro with their attempts to paint Obama as a socialist or communist. In some ways, this accusation is typical far-right boilerplate. Obama certainly isn't the first Democrat running for president to be accused of communist sympathies. And as usual, the accusations are rarely linked to policy specifics. But the difference with Obama is that, in the eyes of the right, it's not just his political affiliation that implicates him as a socialist. It's his ethnic background.

Editor's Note: Adam Serwer is a writing fellow at The American Prospect and recent graduate of the Columbia University Graduate School of Journalism. He also blogs at Jack and Jill Politics under the pseudonym dnA and has written for The Village Voice and the Daily News.

If you're having a little trouble coping with what seems to be the complete unraveling of the world's financial system, you needn't feel bad about yourself. It's horribly confusing, not to say terrifying; even people like us, with a combined 65 years of writing about business, have never seen anything like what's going on. Some of the smartest, savviest people we know — like the folks running the U.S. Treasury and the Federal Reserve Board — find themselves reacting to problems rather than getting ahead of them. It's terra incognita, a place no one expected to visit.

Every day brings another financial horror show, as if Stephen King were channeling Alan Greenspan to produce scary stories full of negative numbers. One weekend, the Federal Government swallows two gigantic mortgage companies and dumps more than $5 trillion — yes, with a t — of the firms' debt onto taxpayers, nearly doubling the amount Uncle Sam owes to his lenders. While we're trying to get our heads around what amounts to the biggest debt transfer since money was created, Lehman Brothers goes broke, and Merrill Lynch feels compelled to shack up with Bank of America to avoid a similar fate. Then, having sworn off bailouts by letting Lehman fail and wiping out its shareholders, the Treasury and the Fed reverse course for an $85 billion rescue of creditors and policyholders of American International Group (AIG), a $1 trillion insurance company. Other once impregnable institutions may disappear or be gobbled up.

The scariest thing to average folk: one of the nation's biggest money-market mutual funds, the Reserve Primary, announced that it's going to give investors less than 100 cent on each dollar invested because it got stuck with Lehman securities it now considers worthless. If you can't trust your money fund, what can you trust? To use a technical term to describe this turmoil: yechhh!