[cnn-photo-caption image=http://i2.cdn.turner.com/cnn/2010/images/06/25/art.gore.jpg]POLICE STATEMENT ON THE INVESTIGATION REGARDING AL GORE

In an ongoing effort to be fully transparent and responsive to media inquiries regarding the investigation concerning Al Gore, Chief Michael Reese has issued the following statement to clarify the actions of the Portland Police Bureau:

The case concerning allegations against Al Gore began in 2006, when an attorney representing the woman involved contacted the Portland Police Bureau. Detectives arranged to meet with the woman on three different occasions. All of these meetings were canceled by the woman’s attorney. Detectives were then told by her attorney that the woman was pursuing civil litigation.

The District Attorney was consulted, but without the woman’s cooperation, the case was cleared.

In 2009, the woman involved asked Portland Police Detectives to take her statement. She read a prepared statement and a Detective asked follow-up questions. The Police Bureau did not contact Mr. Gore, nor did it refer the case to the District Attorney at that time.

In reviewing this case, we have determined there were procedural issues with the 2009 investigation that merit re-opening the case. There should have been command level review at the time on the specifics of this case and decisions on whether the investigation should go forward.

Oregon authorities said Wednesday that a woman accused former Vice President Al Gore of "unwanted sexual contact" in connection with a 2006 encounter, but no charges resulted because detectives could not substantiate her claim.

In a statement released to the media, the Portland Police Department said the allegation involved an encounter between Gore and a licensed massage therapist at a hotel on October 24, 2006. "The detectives concluded that there was not enough evidence to support the allegations," Portland police spokeswoman Mary Wheat told CNN.

The department explained its timing in releasing a statement Wednesday by saying that while the department does not usually release information on alleged sex crimes, "A national tabloid magazine has published a story discussing allegations made by a Portland woman against former Vice President Al Gore."

The woman came to police in January 2009 and "explained that she would like to give a statement ...The woman read from a prepared statement and detailed the events of October 24, 2006. She reported that she was repeatedly subjected to unwanted sexual touching while in his (Gore's) presence," the police department's statement Wednesday said. The statement said the woman told detectives she had gone to Gore's hotel room because she had been called "to provide a massage to Mr. Gore."

Earlier this year, the woman asked investigators if she could edit her statement, indicating that she could provide detectives with more information, authorities said. "At this point, the police bureau does not consider this an ongoing investigation unless new evidence is received in the case, said Wednesday's police statement.

CNN attempted to contact Gore for a response to the allegations. "Our office has no comment," said Kalee Kreider, communications director for Gore.

Is budget freeze a political gimmick?

Here's something to keep in mind about American voters: They're not fond of political gimmicks.

Sure, they understand that a certain amount of contrivance - aka pandering - is a part of politics. They weren't born yesterday, and have been through a few elections. But the voters have their limits.

So when Democrats in the Massachusetts state legislature try to perform legislative jujitsu to save a Democratic vote for health care - as in the case with Ted Kennedy's seat - they were skeptical. As it turns out, even dependable Massachusetts voters didn't like being taken for granted.

Former Vice President Al Gore was the keynote speaker here at the AAAS (American Association for the Advancement of Science) annual meeting in Chicago. He drew a huge crowd. I ended up in a packed overflow room forced to stand while watching his speech on a massive screen. The crowd seemed to love him, and he beamed the love right back to them. In hard-core science circles, Gore is, for the most part, a rock star. His success in bringing global attention to climate change has earned him entrée into a community that has struggled to communicate its message to mainstream media for decades.

Gore gave big props to President Barack Obama, for appreciating science and pledging to restore it to its appropriate role in policy-making. He noted that in recent speeches President Obama has mentioned that his political hero, Abraham Lincoln, had a knowledge of and respect for science. Gore also thanked many of the scientists in the room who have mentored him over the years, helping him to master the knowledge that underpins his advocacy.

END_OF_DOCUMENT_TOKEN_TO_BE_REPLACED 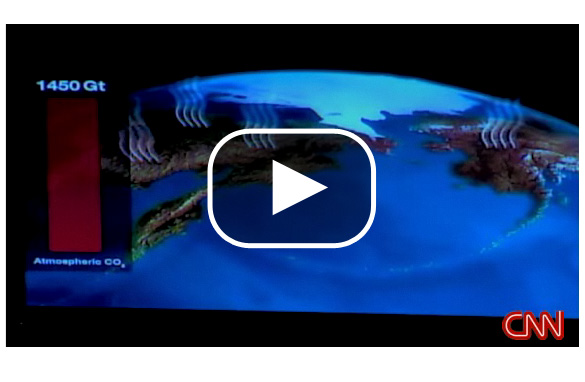 Gore: "We must address this crisis" 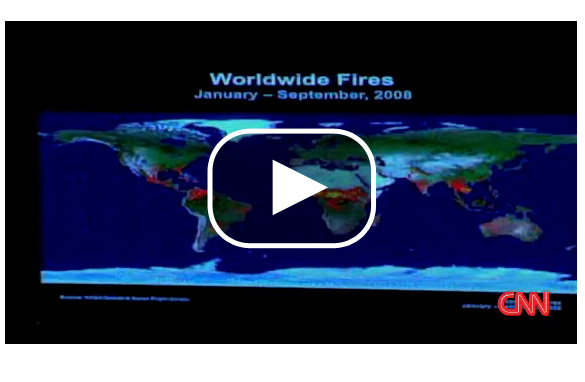 Former vice president Al Gore discusses the impacts of global warming on oceans and warns of more weather-related disasters in the United States.

Gore tells you what he really thinks about Obama 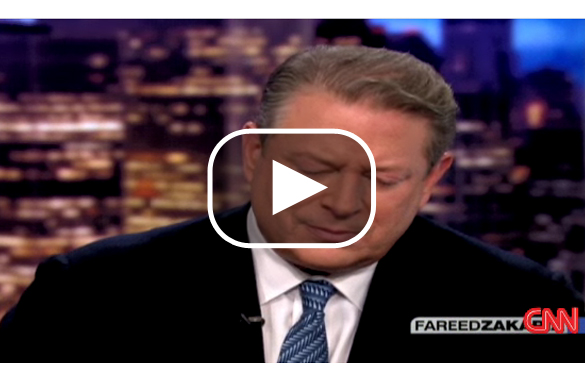