He had the eyes of the world upon him as he stood just feet from some of the world's most powerful leaders. The man who apparently spent hours signing gibberish during Nelson Mandela's memorial claims he's schizophrenic and was hallucinating at the time. CNN's David McKenzie spoke with the sign language interpreter and Robyn Curnow has the latest on the controversy.
Click to watch video
November 25th, 2013
10:15 PM ET

Controversial parenting book linked to the deaths of several children

The book "To Train Up a Child" has been embraced by many fundamentalist Christian parents. It advocates raising children to obey without question, through spankings that begin when they are babies. The book is linked to the deaths of multiple children, including 13-year old Hana Williams. Her adoptive parents were recently convicted of manslaughter and sentenced to nearly 30 years in prison. Gary Tuchman has the latest.

Should the authors of "To Train Up a Child" be held legally responsible in these deaths? Wolf discussed that question with Senior Legal Analyst Jeffrey Toobin and attorney and children's advocate Areva Martin.

Gary Tuchman updates the case of Florida woman, Marissa Alexander, who is serving 20 years in prison after her "stand your ground" defense failed.

Toyota is paying a settlement to drivers who said their cars suddenly accelerated on their own.

END_OF_DOCUMENT_TOKEN_TO_BE_REPLACED 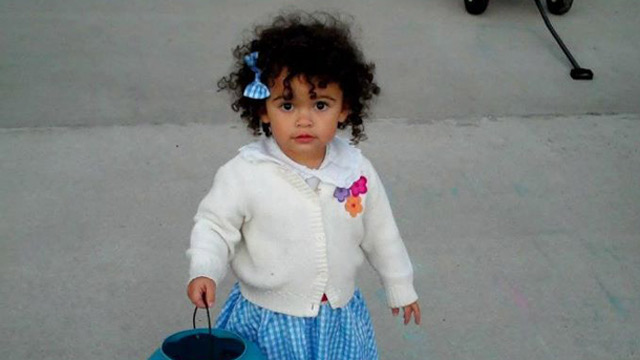 END_OF_DOCUMENT_TOKEN_TO_BE_REPLACED

Tonight on AC360: Should a state employee fired for misconduct get benefits?

In the fall of 2010, Anderson Cooper confronted Michigan Assistant Attorney General Andrew Shirvell about his actions against a student who attended the University of Michigan at the time. Shirvell launched a relentless and personal campaign on the internet and targeted Chris Armstrong in person claiming he had a "radical homosexual agenda" he was pushing as student body president.

Subsequently, Shirvell was fired from his job and denied unemployment benefits because he was let go due to misconduct. He also lost in a federal court in August when a jury reached a verdict in Armstrong's favor, awarding him $4.5 million.

END_OF_DOCUMENT_TOKEN_TO_BE_REPLACED

Editor's note: Watch the video of Drew Griffin's original report, then read his update to the story.

St. John, Indiana (CNN) – Amidst hundreds of emails I get each day, Bill Keith’s stood out for its subject line: CNN viewers are the best.

I couldn’t agree more. Because when we told you about his plight, how bureaucrats in Washington were close to shutting down his homegrown solar attic fan business, you responded. And today Bill is out of his jam.

You may recall the story. Bill Keith is an Indiana roofer who came up with the idea of creating a solar powered attic fan. The fan cools off your attic during hot summer days, lowers your electric bill and requires absolutely no power source other than the sun to do it.

SunRise Solar was a perfect U.S. born “green” company. So perfect that during the 2008 election the Obama campaign took notice. And shortly after the election, Bill Keith and his company became the poster child for the president’s green jobs, green manufacturing initiatives.

END_OF_DOCUMENT_TOKEN_TO_BE_REPLACED

A report from a human rights organization goes into graphic detail with horrifying claims about what’s happening at a school for students with severe behavioral and developmental issues. They call it torture. Anderson spoke with Michael Flammia, an attorney for the Judge Rotenberg Center and Dr. Louis Kraus, a board member of the American Academy of Child and Adolescent Psychiatry.

A Massachusetts school for special needs students uses a controversial method for trying to control the children's behavior. They administer electric shocks. The number of shocks and the reason for using the device is at the discretion of the Judge Rotenberg Center (JRC) staff.

JRC has students as young as 3-years-old. Their website says they've provided "very effective education and treatment to both emotionally disturbed students with conduct, behavior, emotional, and/or psychiatric problems and developmentally delayed students with autistic-like behaviors."