Book: Dispatches from the Edge 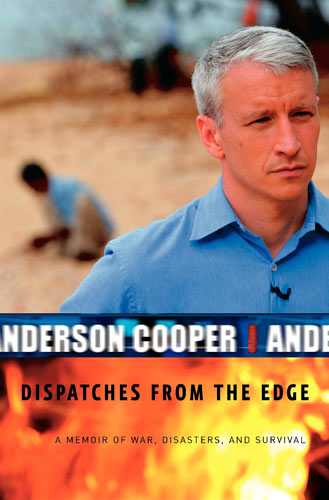 Anderson Cooper has been an award-winning, globetrotting reporter for fifteen years, covering armed conflicts, political upheavals and natural disasters in hot spots around the world. All that fieldwork served as a warm-up for 2005, an extraordinary year that took him to the front lines in Sri Lanka, New Orleans, Africa and Iraq, forever changing his view of his life, his career and how it all fits together.

"Dispatches from the Edge: A Memoir of War, Disasters, and Survival" is Cooper's account of the people he met, the things he saw and the lessons he relearned in the midst of devastation. The book crisscrosses through time as these haunting experiences dislodge old memories he has long tried to contain. Reporting from Sri Lanka in the wake of the tsunami, he documents survivors looking for missing loved ones and whole villages decimated. Cooper is reminded of his own earlier losses and the formative impact they have had on him: The death of his father, writer Wyatt Cooper, when he was only 10, and the suicide of his brother, Carter Vanderbilt Cooper, in front of their mother while he was in college. Throughout his narrative, he reflects on the family history he has kept at a distance for years, gradually remembering and reconfiguring pieces of his past into something recognizable.