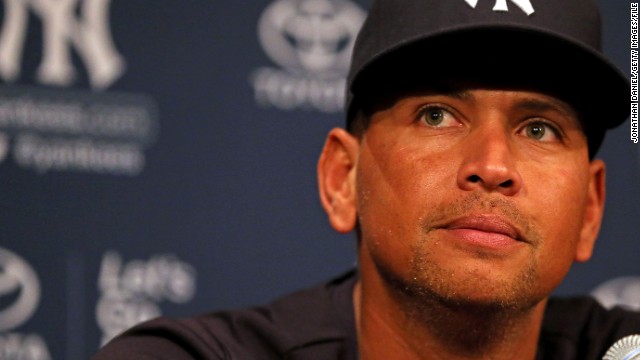 Alex Rodriguez isn’t backing down. The New York Yankees third baseman will still be playing tonight after getting the harshest penalty from Major League Baseball for allegedly using performance-enhancing drugs. A-Rod is one of several players being punished for suspected ties to the now-closed Biogenesis anti-aging clinic in south Florida, which allegedly distributed PEDs. He’s the only slugger fighting his suspension and is allowed to suit up in pinstripes throughout his appeal. Here’s the AC360 411 on the MLB scandal:

The number of MLB players suspended Monday for alleged doping.

The number of games A-Rod is suspended for through 2014 without pay, pending his appeal.

That’s the number of games the 12 other players will each miss, also without pay.

A-Rod is the one player – and only one - who is appealing his suspension.

The number of home runs by A-Rod, the most of any active player.

The number of All-Star games Rodriguez has played in during his 19-seasons in the major leagues.

That’s how many Most Valuable Player Awards he’s received.

The amount of his 10-year contract with the Yankees, signed in 2007, making him the highest-paid U.S. professional athlete ever.

The amount of money he’s owed from the Yankees and is expected to be able to keep this year.

How much money he could lose next year and into 2015 if the suspension takes effect.