At least 400,000 rape kits across the country have never been processed. In some cases. they've been shelved for decades while the suspects remain free.

"As someone who has tried rape cases without that vital evidence, it is just inexcusable that this kind of thing still happens in our country today," CNN Legal Analyst Sunny Hostin tells Wolf Blitzer. Going through the exam after being the victim of sexual assault can be invasive and difficult, making it even more unfortunate that the evidence is untested, she says.

In an AC360 report on the rape kit backlog, Randi Kaye interviewed a woman who followed up on her case more than two decades later and discovered that law enforcement had never processed the evidence. When they did, they found the man who raped her, but it was too late for her to press charges.

END_OF_DOCUMENT_TOKEN_TO_BE_REPLACED

An Arizona mother of seven will be back in court on Wednesday as a judge weighs whether she will go free or remain behind bars in Mexico, her family said.

It's a situation Yanira Maldonado's family said she never imagined when she boarded a bus to head back to the United States last week after attending a family funeral.

Her family vehemently denies the charges and accuses authorities of arresting her to get bribe money.

At least 400,000 rape kits containing critical DNA that could help convict a criminal are sitting untested in labs around the country. Victims who submitted evidence assumed the police were searching for their attackers using the kits, but hundreds of thousands were never processed.

A new federal law aims to reduce this enormous backlog of untested kits, but time is running out in some cases.

CNN's Randi Kaye met one woman who followed up on her case decades later and was horrified to discover her rape kit was untested. When police finally processed the evidence, it was just a matter of months before they found the man who brutally raped Carol Bart in1984. But it was too late for her to press charges against Joseph Houston and seek justice because of the statute of limitations in Texas.

END_OF_DOCUMENT_TOKEN_TO_BE_REPLACED

A CSX freight train derailed after hitting a commercial truck near Baltimore on Tuesday. The collision created an explosion that was felt and heard blocks away.

One witness, Eric Beverly, was driving toward the fire when there was a sudden blast. He's heard narrating on a video as he and his friend try to figure out what caught on fire. Immediately after the boom he yells "Back up!" as they urgently turn to head in the other direction.

Officials say the contents of the train pose no risk to the community. The truck's driver was seriously injured in the crash and taken to a hospital. The cause of the accident was not immediately clear.

Sean Casey has a customized truck he uses to get close to tornadoes. He describes the process to CNN's Wolf Blitzer while pursuing a storm.

Explosion witness: I was in state of shock

Kevin Lindemann saw the blast that followed a freight train derailment in Maryland on Tuesday. He tells CNN's Wolf Blitzer about the panic after the explosion. 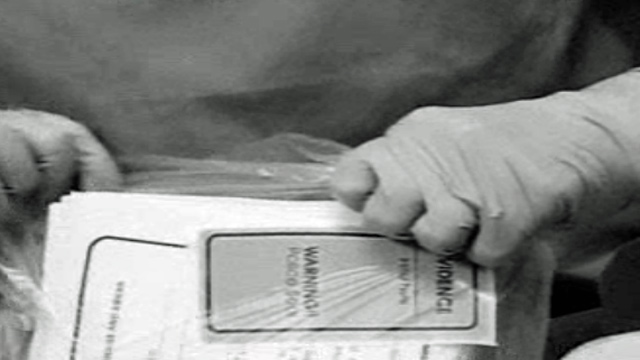 Imagine being brutally attacked, then going through the pain of providing a rape kit for investigators, only to have it sit untouched, collecting dust on a shelf, for more than two decades. During that time, the rapist remains free – not only allowed to go about his business but free to brutalize and rape others because investigators aren’t looking for him. They can’t be looking for him because they’ve never tested the rape kit that contains his DNA.

In my story tonight for Anderson Cooper 360 you’ll meet two women who lived this nightmare. They went through the pain of providing a rape kit, only to have it sit on a shelf for more than two decades in each case. Carol Bart, who was raped in 1985, called the Dallas Police Department to check on the status of her kit in 2008. Unbelievably, it had not yet been processed more than 20 years later. Once it was, her rapist was identified in just four months. But that was too late for Carol to press charges since the statute of limitations had run out.

END_OF_DOCUMENT_TOKEN_TO_BE_REPLACED

On paper, the former University of Tennessee women's volleyball head coach looks like the type of visionary Rutgers needs to help its athletic program recover after a scandal at the school in April. But claims about her past paint a different picture about her leadership abilities.

Women who played on Julie Hermann's team 16 years ago are coming forward with allegations that could undermine her work before she even begins the new job.

In 1996, the team wrote a letter outlining the unbearable "mental cruelty" she inflicted, and accusing their coach of calling them "whores, alcoholics, and learning disabled." The letter was published Sunday in Newark's "Star- Ledger" newspaper.