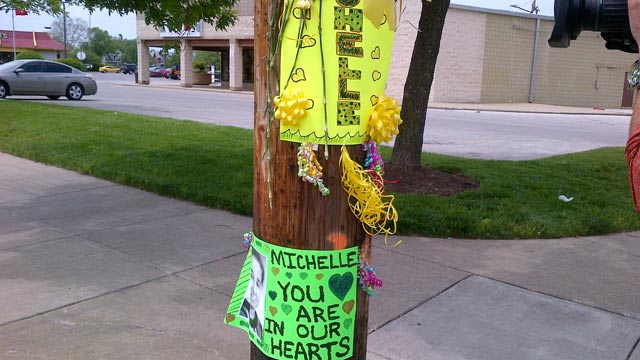 Editor's note: Tonight Randi Kaye reports on kidnapping survivor Michelle Knight. She was abducted in 2002 at age 21 but her name was removed from the FBI's Missing Persons Database just 15 months after she vanished. Tune in at 8 and 10 p.m. ET.

This Sunday, a citywide rally will unite the residents of Cleveland. Churches on the east and west sides want to come together to honor Michelle Knight, Amanda Berry and Gina DeJesus, the three missing women found last week. Cleveland desperately needs to heal and process the raw emotions of what happened.

On Seymour Avenue where the girls were allegedly tortured for a decade, neighbors tell me they can't sleep, they cry for no reason and they feel extremely mad. It's upsetting that heinous crimes were allegedly committed only feet away from where they live. Not knowing about it makes residents increasingly angry at themselves and at suspect Ariel Castro.

Today I spoke to Lupe Collins, a friend of the DeJesus family, who said she still feels ill, and not figuratively. "My stomach is upset. I'm nervous. I feel physically sick," she said.

There is sorrow in the city, along with a mix of other emotions. Relief that the three young women are out of captivity, but deep sadness and malaise that no one could help for all those years of suffering.

A massive show of support, like the one planned for this Sunday, will bring the warmth and togetherness people here need in the wake of such cold and vicious alleged crimes.