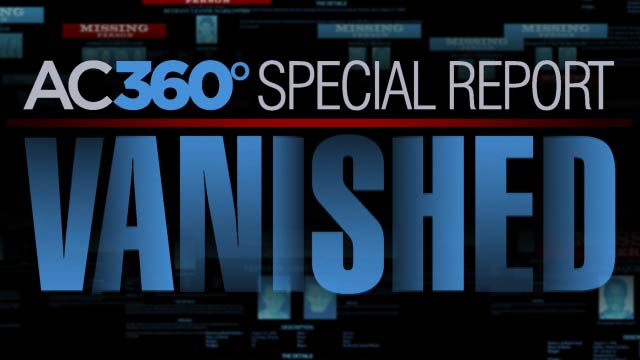 Family members of the women found in Cleveland on Monday, years after they disappeared, call the return of their loved ones a miracle. The wait was agonizing. 11, 10 and nine years went by, respectively, before the women were found alive. Their story gives hope to the tens of thousands of parents still searching for their son or daughter who vanished.

In a special program at 8 p.m. ET, Anderson Cooper will talk with parents, grandparents and siblings of missing persons. They haven't given up. These families are waiting and praying for the day their loved one is home again.

We'll also have incredible stories of survival. Locked and chained in an underground dungeon at age 9, Katie Beers suffered at the hands of a neighbor who kidnapped her for 17 days and repeatedly sexually assaulted her. 20 years later, she's telling her story of strength. Beers wants other victims to know that it's possible to overcome the trauma and heal.

John Walsh, former host of "America's Most Wanted," will share his knowledge on missing persons cases. After his own personal tragedy, his life's work has been to help track criminals and save kidnapping victims.

And we'll look at how all of us have the power to help a kidnapping victim. We saw that in Cleveland with the neighbors who heard Amanda Berry's cries for help and took action. Tonight you'll meet the heroes who rescued Jaycee Dugard from the nightmare she endured - 18 years in captivity. She gave birth to two children, fathered by her captor, while imprisoned. Allison Jacobs and Lisa Campbell are the police officers whose keen observations about Phillip Garrido led to discovering Dugard and her daughters. You'll also meet a former waitress who saved another kidnapping victim after the little girl came into her restaurant.

Tune in tonight at 8 p.m. ET and join the conversation on Twitter @andersoncooper and @ac360.