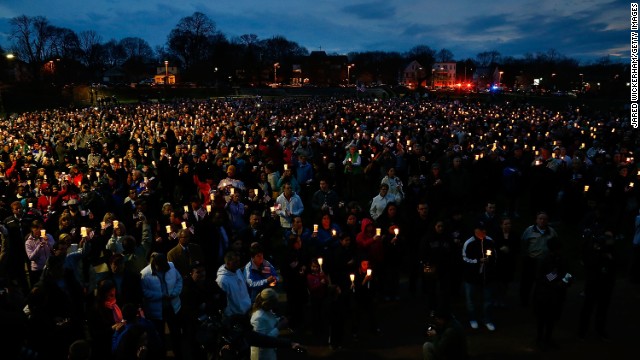 Massachusetts Governor Deval Patrick and Boston's Mayor Tom Menino established "One Fund Boston" to raise money for families most affected by the bombings. Donate to Onefundboston.org

Heather's foot was amputated after the bombings. If you'd like to help, visit her fundraising site http://www.gofundme.com/HeatherAbbott

If you'd like to help Adrianne, a dancer who lost her foot in the blast, find more information on http://www.gofundme.com/AdrianneFund

MBTA Transit Police Officer Richard "Dick" Donohue was shot and severely injured during a gun battle with the suspects. If you'd like to help his family, you can find more information at http://www.officerricharddonohue.com/

To help the mother and daughter featured in Gary Tuchman's report on AC360°, go to http://www.gofundme.com/celesteandsydney