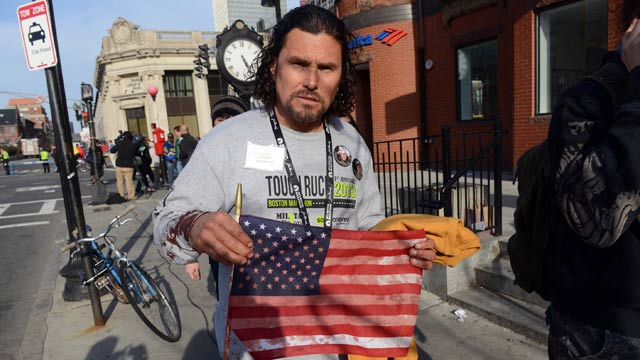 Carlos Arredondo, who was at the finish line when the bombs exploded at the Boston Marathon, helped the wounded victims. (Photo credit: Darren McCollester/Getty Images)
April 16th, 2013
07:31 PM ET

Tonight on AC360: Courage in the wake of horror

In the 24 hours since two bombs ripped through the finish line area at the Boston Marathon, the scope of the devastation has come into focus, while it's still unclear who's behind the act of terrorism.

Anderson Cooper reports live from Boston at 8 and 10 p.m. ET on the frantic search for answers, the victims and their families and the witnesses who became heroes. First responders and regular people there to compete or watch the marathon ran toward the chaos to aid the wounded, risking their own safety.

At least 13 victims have had amputations. A trauma doctor at Brigham and Women's Hospital told CNN's Jason Carroll that the worst damage he's seen is the destruction to patients' legs.

END_OF_DOCUMENT_TOKEN_TO_BE_REPLACED 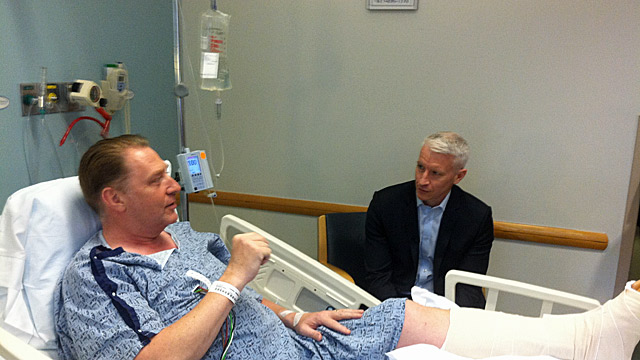 END_OF_DOCUMENT_TOKEN_TO_BE_REPLACED

Doctor: 'We were ready for this'

CNN's Jason Carroll talks with Dr. Ron Walls of Brigham and Women's Hospital about the patients in his care, including two in critical condition, who were wounded in the Boston Marathon bombings. Walls says the worst of the injuries happened to people's legs, while the shrapnel wounds have been relatively minor.