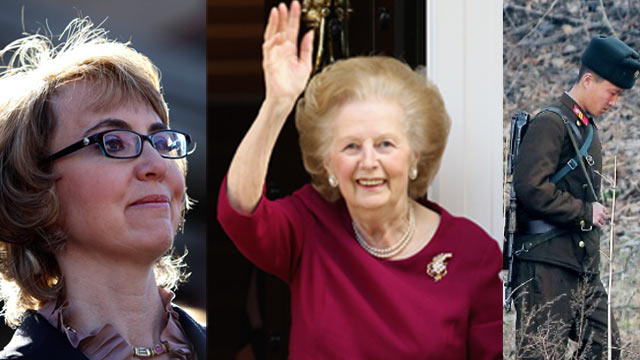 Senators Joe Manchin and Pat Toomey, a Democrat and a Republican, announced they drafted a compromise on expanding background checks for buyers at gun shows and for people making purchases on the Internet. Anderson spoke with one lawmaker who wanted to block the bill via filibuster. Republican Sen. James Risch says while background checks might catch criminals, they won’t prevent them from getting guns. The news comes after Sandy Hook families made the trip to Washington to lobby members of Congress for stricter gun control. Nicole Hockley, who lost her son in the Newtown shooting, said background checks shouldn’t be “for some and not all.” A CNN undercover investigation demonstrated how easy it is to get weapons at gun shows without showing any identification. Anderson asked NRA President David Keene for his reaction to the hidden camera report. "Private sales and gun shows are not the source … of guns for criminals. The current system doesn't work very well, and we think it needs to be fixed," he said.

In an AC360 exclusive, CNN’s Dana Bash talks to former Congresswoman Gabby Giffords and her husband Mark Kelly about why they still own guns, their campaign for universal background checks and her remarkable recovery after being shot in the head two years ago.

Dylan Quick is accused of a bloody stabbing rampage that left 14 people wounded on Tuesday at Lone Star College’s Cy-Fair campus in Cypress, Texas. Quick is undergoing psychological evaluation, according to the Harris County D.A. Anderson spoke to Steven Maida, the student who tackled Quick to the ground after seeing him stab students.

Josh Hakken and his wife Sharyn are charged with kidnapping their two young sons from the boys' grandmother’s home and escaping by boat to Cuba. The children were taken from their parents by child welfare officials in Louisiana last year. CNN’s John Zarrella has the story. And CNN’s Patrick Oppmann explains how he found the family in the sailboat on Tuesday in Havana.

Margaret Thatcher, Britain’s only female prime minister, died at the age of 87 from a stroke on Monday. CNN’s Christiane Amanpour looks back at the legacy of “The Iron Lady.” Anderson also spoke to former First Lady Nancy Reagan and former Secretary of State James Baker about their personal memories of Thatcher.

North Korea is “skating very close to a dangerous line,” according to U.S. Defense Secretary Chuck Hagel. A U.S. official says intelligence suggests Pyongyang could be planning multiple missile launches. We have the latest on developing situation at 8 and 10 p.m. ET. Earlier this week, Anderson spoke to Jim Butterworth about his film “Seoul Train,” which documents the dangers for North Koreans seeking freedom. Tonight, see the propaganda fed to the North Koreans by their dictator.

CNN’s investigative correspondent Drew Griffin has the story of the search for two children, kidnapped by their mother and taken to Egypt just before 9/11. Their father hasn’t seen them since. Tune in on Friday to watch the Anderson Cooper 360 Special Report “Egypt: A Father’s Nightmare” at 10 p.m. ET.