Locked up for 23 years, not guilty

David Ranta, 58, was imprisoned in New York for more than two decades for murdering Brooklyn Rabbi Chaskel Werzberger, a crime he didn't commit. CNN's Mary Snow reports on the evidence that led to his conviction, and the witness who came forward two years ago to reveal a long-held secret. Ranta left a Brooklyn courthouse as a free man Thursday afternoon.

For more on the story, watch 1991 wrongful conviction overturned

Grace McDonnell's mom and dad want people to understand their pain and loss so they'll take action on gun legislation. Their 7-year-old daughter was killed in the Sandy Hook Elementary School shooting in Newtown, Connecticut.

Lynn and Chris McDonnell met with Vice President Biden and New York City Mayor Michael Bloomberg today. Anderson Cooper spoke with them about their efforts to prevent another massacre.

Rep. Michele Bachmann says Obamacare can "literally kill" people. Keeping Them Honest, CNN's Dana Bash asks her for evidence to back up the statement.

Why are so many baby sea lions starving?

Hundreds of emaciated and starving sea lion pups are turning up on the beach in southern California. Scientists are trying to rescue them and uncover what's making the babies sick. Kyung Lah reports on the unprecedented crisis for the species.

There’s a mystery at CNN and everyone is a suspect, especially Anderson Cooper. Did he steal Nancy Grace's special handcuff necklace weeks after admiring it on AC360? Mark Geragos and Jeffrey Toobin were there too. Do they have an alibi? Nancy interrogates Anderson and demands justice, on the RidicuList.

David Ranta is a free man after 23 years behind bars for the murder of Rabbi Chaskel Werzberger - a crime he didn't commit. Two years ago, a witness revealed that he only picked Ranta out of the lineup because a detective told him who to chose. In an exclusive interview, Anderson Cooper talks to Menachem Lieberman, who was 13 years old when he provided the false testimony that put Ranta away.

Randi Kaye goes inside the biggest art heist in history. 13 masterpieces remain missing, 23 years after the robbery at the Isabella Stewart Gardner Museum in Boston. 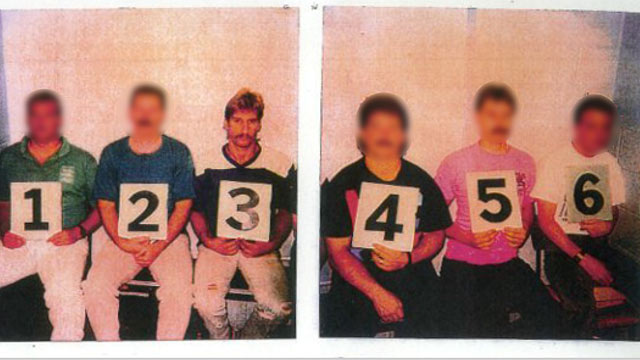 A New York man wrongly convicted of killing a rabbi is out of prison tonight after spending more than two decades behind bars. The case against David Ranta, now 58, crumbled after several people recanted their testimony.

This includes witness Menachem Lieberman, who was 13 at the time and says a detective told him to “pick the guy with the big nose” out of the police lineup. He did what he was told to do, not understanding at the time it was a set up.

Anderson talks with Lieberman tonight on 360 in his first television interview about his role in the case. He says he realized when he got older that his testimony contributed to a fabricated story about the incident, and he wanted to “get it off his chest.”

This miscarriage of justice centers on the 1990 murder of Rabbi Chaskel Werzberger, a leader in the Satmar Hasidic community of Williamsburg, Brooklyn. Werzberger, a Holocaust survivor, was shot to death after the gunman botched the robbery of a diamond courier. The rabbi was getting into his car when the gunman shot him to death in a carjacking, tossing his body onto the street.