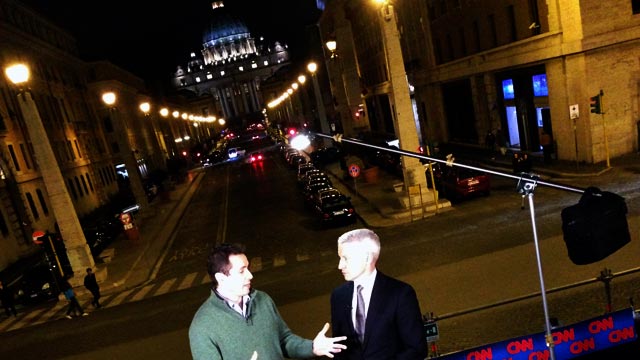 We’ll also give you a look at the next pope’s wardrobe. Three sets of papal garments in sizes small, medium and large are already hand-tailored and ready for use. This way whoever becomes the next pope has robes that fit. Did you know they’ll be able to add their own flare to the clothing? We’ll show you the workshops where the specialized tailoring is done.

We’ll also dig into the papal contenders and much more. Join us at 8 and 10 p.m. ET.