Anderson Cooper digs deeper into Christopher Dorner's "manifesto" and his complaints about the LAPD. The former police officer is on the run from law enforcement; he stands accused of murdering three people and injuring two others.

"He didn't dump that truck there because he wanted to get rid of it there. He broke the axle on those rough roads and couldn't go any further," says Miller pointing out that torched truck means Dorner probably didn't go as far as he had planned.

END_OF_DOCUMENT_TOKEN_TO_BE_REPLACED

Why Dorner should turn himself in

Former LAPD psychologist Kris Mohandie says shooting suspect Christopher Dorner has a better chance of having his grievances about the LAPD heard if he surrenders to police.

The former Police Chief of Montgomery County, Maryland, says fugitive Chris Dorner's desire to harm police makes the hunt for him harder than when law enforcement was searching for the D.C. sniper in 2002.

The manhunt for an ex-cop accused of killing three people as part of a revenge plot targeting police was dialed back early Saturday after heavy snow hampered the search in a Southern California mountain resort community.

Even as authorities said search teams were set to return to Big Bear Lake at first daylight, questions were being raised about whether Christopher Jordan Dorner was still in the area as police in California, Nevada and Arizona remained on alert.

Winds could cause flooding on East Coast

CNN's Chris Cuomo reports on the blizzard in the Northeast and how it could affect some residents hit by Superstorm Sandy. 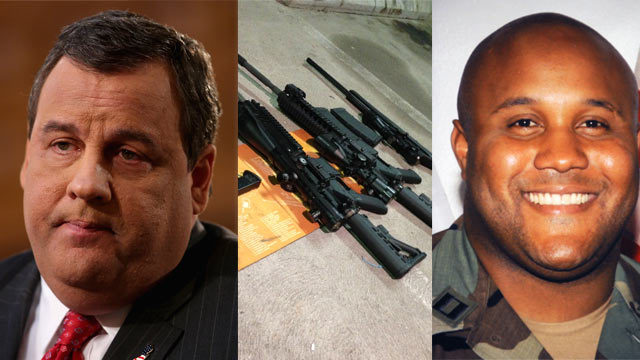 Two bombs were discovered Thursday inside the bunker of Jimmy Lee Dykes, the man who kidnapped a 5-year-old boy in Alabama last week. CNN’s Martin Savidge has the story on how the FBI rescued Ethan, and how they killed the hostage taker. Fortunately, the child was released from the hospital just in time for his sixth birthday this week, according to state police. Katie Beers, a former child hostage, spoke to Anderson about her captivity underground at the age of 10 and the recovery process Ethan and his family will most likely go through. And amidst reports that the kidnapper was a survivalist, CNN’s Gary Tuchman goes inside the prepper movement by looking at one Utah man’s $65,000 bunker stocked for the breakdown of civilization.

California’s system for seizing illegally owned guns from those who were ordered to relinquish them to the police is “smart and effective,” according to the state’s Attorney General Kamal Harris. Anderson spoke to Harris about the program and why it’s currently underfunded. CNN’s Randi Kaye rode along with California special agents as they searched for and confiscated illegally owned weapons.