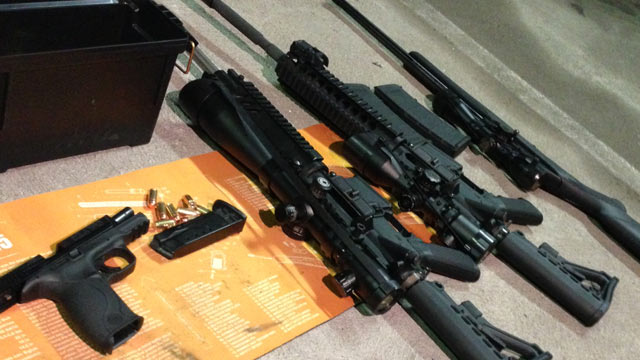 There are about 40,000 illegally owned guns in California. They're owned by people from all walks of life who have been ordered to turn in their firearms for a number of different reasons, but they haven’t come forward. So special agents from California's Justice Department’s Bureau of Firearms are going after them to seize the weapons.

You can see Randi’s report at 8 and 10 p.m. ET, plus Anderson interviews California Attorney General Kamala Harris and Aurora shooting victim Stephen Barton who works for the organization Mayors Against Illegal Guns.