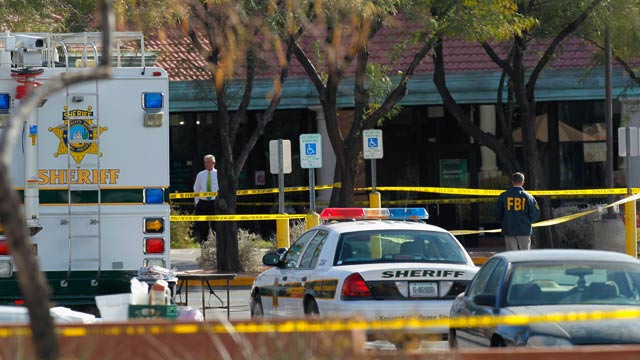 On December 17, 19-year-old Jesus Manuel Garcia allegedly opened fire in a restaurant, followed employees into a parking lot and then went into a nearby movie theater. He continued shooting until an off-duty sheriff's sergeant working security in the theater in plain clothes took him down. Her instincts and training prevented more injuries, and no one died.

Opponents of the NRA’s proposal look at the 2011 Tucson shooting rampage as an example of why more guns won’t necessarily help during an attack. When Jared Lee Loughner was shooting at the innocent crowd gathered for Rep. Gabby Giffords' event, a bystander ran to the scene with his pistol, but almost made a potentially fatal mistake when he thought an innocent man was the gunman.

Tonight Randi Kaye reports on these cases, and Anderson talks with Margaret Hoover, Peter Beinart and Jeffrey Toobin about the gun debate. Join us at 8 and 10 p.m. ET.