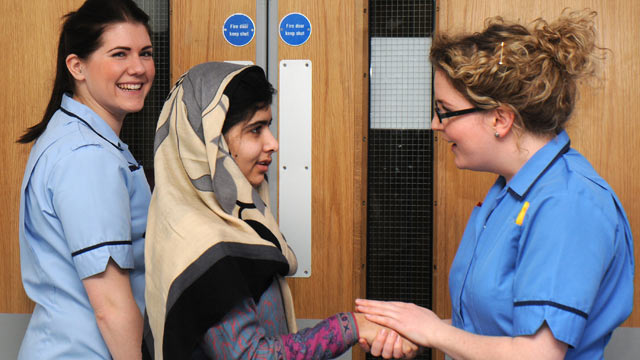 While the nurses and doctors worked to save Malala from her life-threatening injuries, supporters all over the world protested against the Taliban and demanded justice.

The video of her hugging the nurses and walking out of the hospital today shows a remarkable change from the condition she was in three months ago. In the next few weeks Malala will return for cranial reconstructive surgery. Her recovery, which her father has called a miracle, is a symbol of hope and triumph against oppression.

Watch AC360 at 8 and 10 p.m. ET for more details on Malala’s medical treatment and the efforts to keep her safe.