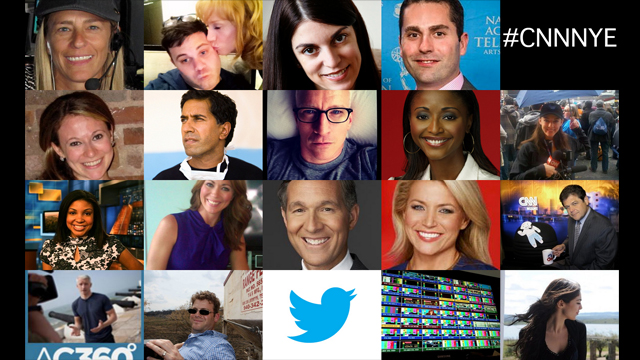 Anderson Cooper and Kathy Griffin are together again for their sixth year hosting CNN's New Year's Eve show! The must-see TV event of the night begins at 10 p.m. ET, but the preparations start much earlier. To find out what it takes to get this extravaganza on air, go behind the scenes with our correspondents and producers on Twitter. Follow them for the inside scoop on what's happening off camera – the good, the bad, and the hilarious.

On the platform in Times Square @andersoncooper

Editorial producer in the newsroom @Elisa_CNN

Video producer in the newsroom @Rachelnewsnyc

Tweet your New Year's Eve messages using #CNNNYE and you could see them on-air. Also, submit your questions for Anderson and Kathy on our Facebook or Google+ pages.