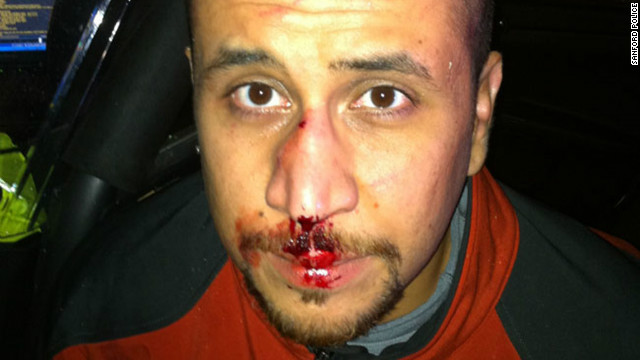 A photo of George Zimmerman with blood on his face was taken the night Trayvon Martin was killed, Zimmerman's lawyers said.
December 3rd, 2012
06:30 PM ET

George Zimmerman’s defense team has released a color photo showing his bloody face and swollen nose the night he shot and killed 17-year-old Trayvon Martin.
Does the photo help their claim of self-defense? We’ll talk about that and more with Zimmerman’s lawyer Mark O’Mara.

The photo was taken by a Sanford, Florida police officer. Prosecutors gave the high-resolution image to the defense in late October. Previously, only a black and white picture of Zimmerman’s bloody face was released.

The 28-year-old former volunteer neighborhood watchman is charged with second-degree murder in the shooting more than nine months ago. Martin’s family says he was killed “in cold blood” and they claim the unarmed teen was attacked for no reason.

Zimmerman told police Martin attacked him after they exchanged words, knocking him to the ground and repeatedly banging his head against the sidewalk.

The case has focused attention on Florida’s “stand your ground” law, which allows someone to use deadly force if they believe their life is in danger.

Join us at 8 and 10 p.m. ET for the latest developments in the case.