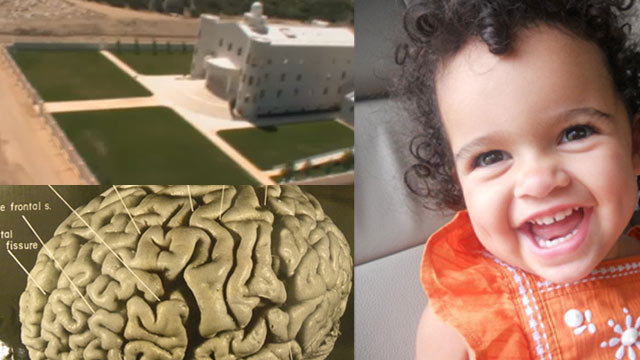 It’s been more than two months since four Americans were killed in the attack on the U.S. consulate in Benghazi, Libya, yet questions remain about how the incident was handled. And there have been mixed messages about who chose to omit al Qaeda from Amb. Susan Rice’s talking points when she appeared on Sunday talk shows on September 16. We’re Keeping Them Honest. CNN’s Fran Townsend and Reuel Marc Gerecht discuss the controversy.

With the fiscal cliff deadline looming, a leading conservative newspaper and GOP lawmaker Tom Cole are backing President Obama on tax hikes for those earning more than $250,000. But House Speaker John Boehner and other top Republicans vehemently oppose the plan and are downplaying the fact that voters who re-elected Pres. Obama also back tax hikes. Keeping them honest, can a compromise be found within these competing factions? What might it look like? Republican Sen. Rand Paul tells Wolf Blitzer what his version of a compromise looks like.

Michael Ferguson is one of four men suing a New Jersey counseling center they say defrauded them. All four underwent controversial therapy intended to change their sexuality from gay to straight. Ferguson spoke to Wolf Blitzer about his experience with the group, Jews Offering New Alternatives for Healing, and the “very strange” interventions he endured.

Newly discovered photos of Albert Einstein’s brain have allowed neuroscience researchers to learn more about the possible origins of his genius. CNN’s Dr. Sanjay Gupta explains what was so extraordinary about the physicist’s brain anatomy.

After a former mayor in a small Mexican town was found dead, photojournalist Eros Hoagland talked to Wolf Blitzer about the epidemic of gruesome drug war violence and lawlessness in parts of Mexico, and the “palpable” fear it fuels.

State officials in Texas may seize the Yearning for Zion ranch occupied by followers of jailed polygamist leader Warren Jeffs. Gary Tuchman takes us inside the FLDS compound, and Utah reporter Mike Watkiss explained why the state is acting now and what will happen to the families who live there.

For a second day, nearly all Internet connections were shut down in Syria, with some areas losing power altogether. The airport in Damascus is also closed. CNN’s Arwa Damon, one of the few western journalists inside Syria, is reporting on the bloody conflict between the opposition and al Assad’s forces. Today she visited a neighborhood in Aleppo where civilians are taking a risk returning back to their homes and going to the streets to protest against the Syrian government. Tune in tonight at 8 and 10 p.m. ET for the full story.

Matt and Melanie Capobianco are hoping the U.S. Supreme Court will hear their case and grant them custody of their adopted daughter Veronica. South Carolina’s highest court ruled in favor of the 3-year-old’s biological father after Veronica had spent the first two years of her life living with the Capobianco family. CNN’s Randi Kaye reports on the complex case tonight, and Jeffrey Toobin gives his insight on the legal battle.

So far, this year there have been 476 murders in Chicago, an increase from 2011. The Neighborhood Recovery Initiative (NRI) is a $54.5 million project created to reduce the deadly violence. But was the end goal to prevent crime or help a political campaign? Watch the results of a four-month CNN investigation tonight at 8 and 10 p.m. ET.

Anderson will host the “CNN Heroes: An All-Star Tribute” awards show to honor the 2012 Top 10 CNN Heroes this Sunday at 9 p.m. ET. The Hero of the Year will be announced at the star-studded event.