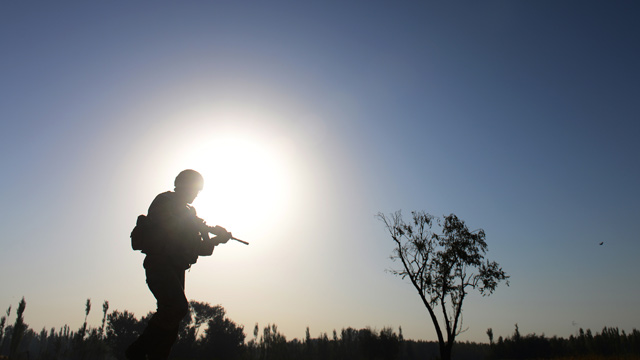 Tonight on AC360: The Battlefield at Home

Anderson Cooper presents a special hour at 8 and 10 p.m. ET tonight on the myriad of challenges facing U.S. veterans when they return from battle.

Drew Griffin has been investigating charities accused of shameful deception, including allegations that they collect money with a promise of helping wounded veterans, but never deliver. These questionable charities target and exploit generous donors who think they're making a difference in the lives of service members. In tonight's show you'll see what happens when Drew confronts the president of one organization.

END_OF_DOCUMENT_TOKEN_TO_BE_REPLACED

Reporter's Note: President Obama is celebrating Thanksgiving. It’s only a shame his meal won’t be as nice as mine.

Happy Thanksgiving to you and yours! I hope the holiday finds your family well and enjoying a feast worthy of the day. This is one of my favorite holidays because it is simply about enjoying the company of family and friends while being grateful for what we have. The latter is an underdeveloped talent in many of us, by the way.

But I won’t drone on about such matters. I have more pressing questions: Do you prefer the Thanksgiving meal or the leftovers better? And are you allowed to have leftovers in the White House?

As for the first, put me into the leftover category. I have enjoyed some mind blowing Thanksgiving meals to be sure. My wife turns out a bird that will shame any other chef in the country…perfectly browned, moist, and so tasty that with a single morsel you could die a happy man. We traditionally cook up a magnificent pecan-plum brandy-stuffing to sit steaming alongside the fowl. Once in a while we add something truly unusual like oysters Rockefeller or steamed crab legs to get things rolling. And of course there is cranberry sauce, mashed potatoes as fluffy as clouds with deep, dark rivers of gravy, sauteed carrots, string beans with a dusting of sesame seeds or perhaps slivered almonds. We often have a pumpkin cream soup that could be outlawed for its decadence, and this year we are adding a pear and pepper salad that promises great things. We usually choose a soft roll or variety of breads to fill it all out with a bowl of whipped butter and honey standing close by. Afterward, she trots out the pies; without exception apple, pumpkin, and one of her pecan pies, broad and gleaming under a caramel glaze. And who could not be happy with all that?

Still, for all that wonderment, the leftovers! My heavens! There is just nothing more fantastic than waiting until a few hours have passed, perhaps fitting in a late holiday run, lighting a fire, putting on a movie with the family, and then going to the refrigerator to drag out the plates, bowls, plastic containers, and foil covered trays to select a few favorite morsels for reheating. With the scuffle and flurry of preparation long over, it is an entirely new experience to merely indulge; savoring each tidbit without a care in the world…or at least with the cares at bay for an evening.

I don’t know if that is something you get to enjoy anymore. As far as I know, it may be against the law for anyone to offer a president a half picked carcass and a bowl of cold yams. But that would be a shame. So if you can’t get any leftovers at the White House, give me a shout, and we’ll pull out an extra plate. We’ll have plenty to share…although trust me, as good as it will be, you won’t want to delay long in arriving at our house!