What's New Year's Eve without possums? The RidicuList ponders a ruling that could stop a 19-year tradition in North Carolina.

Read more about the volunteers and their work. If you want to help, you can donate to Guardians of Rescue and Detroit Dog Rescue.

The Long Island Power Authority is facing accusations of negligence over its response to the Superstorm Sandy outages in New York. CNN's Deb Feyerick reports.

Tonight on AC360: Should a state employee fired for misconduct get benefits?

In the fall of 2010, Anderson Cooper confronted Michigan Assistant Attorney General Andrew Shirvell about his actions against a student who attended the University of Michigan at the time. Shirvell launched a relentless and personal campaign on the internet and targeted Chris Armstrong in person claiming he had a "radical homosexual agenda" he was pushing as student body president.

Subsequently, Shirvell was fired from his job and denied unemployment benefits because he was let go due to misconduct. He also lost in a federal court in August when a jury reached a verdict in Armstrong's favor, awarding him $4.5 million.

END_OF_DOCUMENT_TOKEN_TO_BE_REPLACED 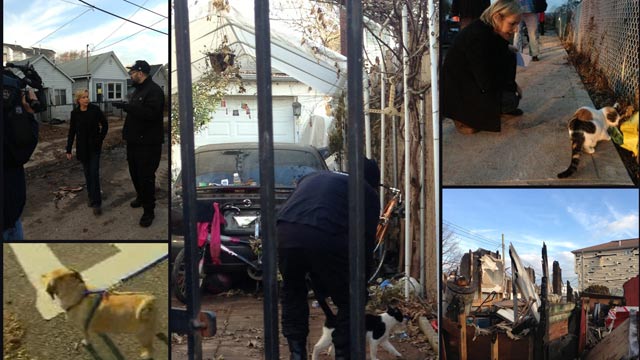 END_OF_DOCUMENT_TOKEN_TO_BE_REPLACED

Letters to the President #1394: 'The scandal grows'

Reporter's Note: President Obama is dealing with a scandal involving the now former head of the CIA and another top military leader. And I thought writing a letter each day was a hassle!

Well, it can’t be any fun reading all the headlines now. I know it really has nothing to do with you, but anytime someone under your purview gets into trouble it certainly doesn’t help the gang in the home office.

Of course we’re hearing the usual questions: Who knew what? What did they know? When did they know it? And who ordered the pepperoni pizza? I just assume that last question is being asked because when things get all crazy like this you all wind up working some pretty late hours; checking out what people are saying, asking questions about what they’ve said, and mainly waiting for the other shoe to drop.

When things go wrong I prefer to have them all at once. Yes, it is calamitous to have troubles swirling around your heads like a swarm of yellow jackets, but if you endure the attack you can then move on to treating your stings. On the other hand, if they keep coming at you a few at a time, hour after hour, that’s exhausting. And at least at the moment, this whole mess sort of seems that way…as if we’re going to keep getting little bits and pieces of it day after day.

There is a lot of speculation about how this might have affected the election if it had come out before the vote. I suppose it would have had some impact, but heaven knows what. Like I said at the start, it does not really reflect on you except in a very distant way.

Still, when scandal starts rolling through D.C. I understand why everyone starts taking cover, because you’re never really sure when it is going to stop…or where.

Good luck dealing with it all. Call if you can.

Thanks to everyone who posted a question(s) on our Facebook and Google+ pages! Because of your brilliant curiosity, we learned more about Anderson's interests and got to the bottom of that "feud" with Wolf Blitzer. And yes, there was a fair amount of giggling involved in this interview. Watch the video we recorded a few weeks ago, hosted by 360 producer Jack Gray, and inspired by your submissions. Then, check out the recap: