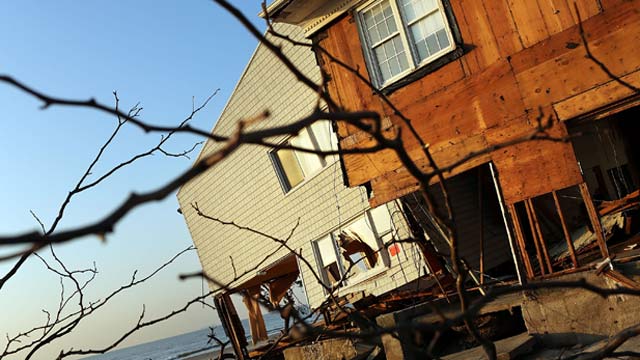 Tonight on AC360: Still in the dark 2 weeks after Sandy

Two weeks ago tonight Superstorm Sandy slammed New York. Two weeks later, tens of thousands of New Yorkers are still waiting for the power to be returned in their neighborhoods and as you can imagine, there’s massive outrage at the situation.

Most of the anger is directed at Long Island Power Authority, which has nearly 60,000 customers still in the dark.

About 29,000 of those customers live in the hard hit Rockaways section of Queens, New York.

A LIPA executive met with hundreds of Rockaway customers over the weekend and came under fire when he told them they would need to hire a licensed electrician to inspect their homes before the power could be restored, and to just go online and print the necessary forms.

Go online and print the forms? That’s impossible when you have no power for your computer or printer.

Meanwhile, the residents of a 14-story apartment in the Rockaways can see huge generators parked outside their building. But they’re not being used.
CNN reporter Victor Blackwell confronted the building’s management about the situation. We’ll have that for you tonight.

We’ll also show you the critical situation for the elderly and disabled in the Rockaways. With the power out, ventilators can’t run. Others need dialysis or medication they can’t get with drug stores shutdown. They’re turning to a local hospital for help. Deb Feyerick will have that story.

Join us for this and much more on the power outages at 8 and 10 p.m. ET