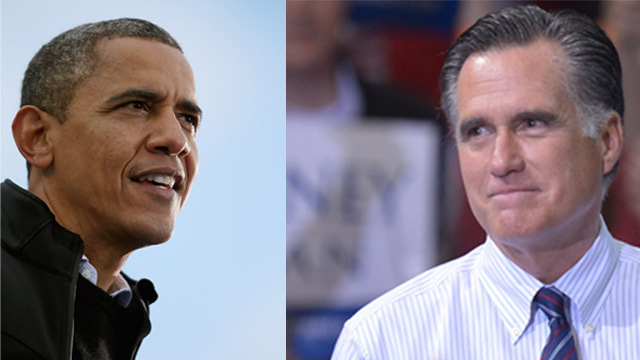 Here we are: The night before Election Day 2012! Anderson is in Washington with Wolf Blitzer, John King, Candy Crowley and the rest of CNN political reporters. AC360° will broadcast live from the D.C. set at 8 and 10 p.m. ET tonight, and that's where our intrepid anchor will be tomorrow, all day and all night and into the early hours of the morning to bring you up-to-the-minute results from around the country. Anderson will be looking for your reaction on Twitter, so tweet a message to @AndersonCooper and @AC360.

The race is close, and with that mind, John King will show the most likely scenarios that could play out tomorrow affording one candidate the 270 electoral votes needed to win the presidency. David Gergen, Gloria Borger and Candy Crowley will give their expert insight on the electoral math and which pivotal counties in battleground states to watch on Tuesday. Cornell Belcher, Ari Fleischer, Paul Begala and Erick Erickson will weigh in too.

Gail Gitcho, Romney’s communications director, will be on the show from campaign headquarters in Boston, Massachusetts. And Stephanie Cutter, Obama's deputy campaign manager, joins us from their headquarters in Chicago.

In the Northeast, more than one million victims of Superstorm Sandy are still suffering without power, and in some cases without shelter and the basic essentials. How will they make it to their polling stations? With alternate options for voting, how will officials prevent fraud? We'll report on the challenges of including everyone's votes without compromising the race.

Jeffrey Toobin will explain what the lawsuits in Ohio and Florida mean for announcing a winner sooner than later. With worries about repeating 2000 history in Florida, he'll put the 2012 legal troubles in context.

The 360 team is pumped to see democracy in action and to watch it unfold with all of you! We also want to hear your stories about why you voted and what this election means to you. After you vote tomorrow, take a picture of your "I Voted" sticker and post it on iReport.