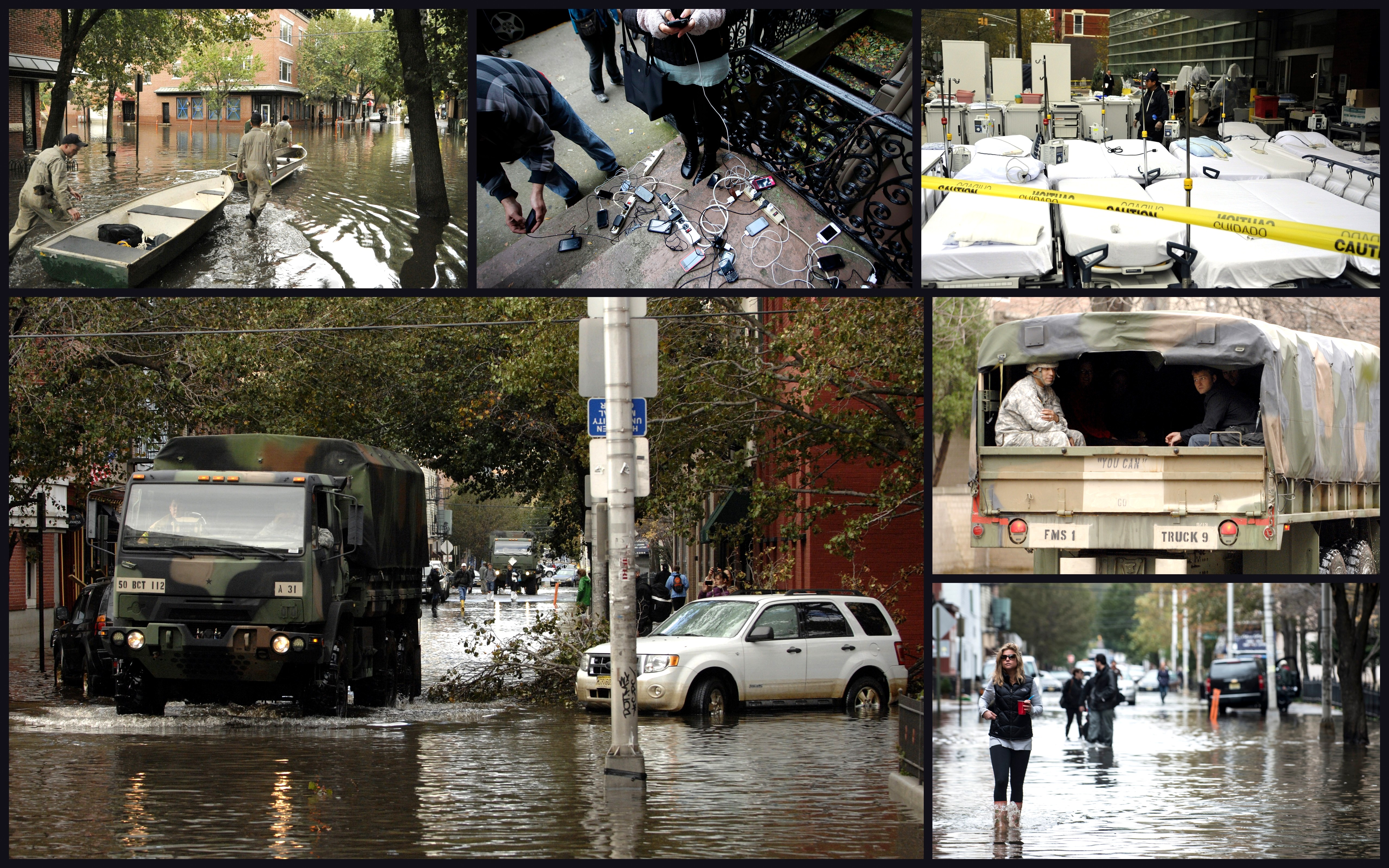 Last night 45 National Guardsmen arrived in Hoboken, New Jersey equipped with 18 vehicles they're using to traverse the flooded streets, rescuing hundreds of people after the effects of Sandy left residents stranded. Anderson Cooper will broadcast AC360° from there at 8 and 10 p.m. ET.

We'll also get updates on the urgent situations still unfolding after the storm: Evacuating hundreds of patients from Bellevue Hospital in New York City, the extent of the damage to New York’s subway system and other crucial rail lines in the Northeast. Plus, the latest on the threat of the crane hanging 90 stories above midtown Manhattan. And we’ll take you to Belmar, New Jersey, another hard hit beach town in the state and get the latest developments on the devastation a little farther south in Seaside Heights, New Jersey - one of the places Gov. Chris Christie took President Obama today via helicopter to get a look at what Sandy did to the state. And we'll remember the victims who didn't survive the storm; at least 56 died in the U.S. and 124 worldwide.

Join us tonight for the latest.