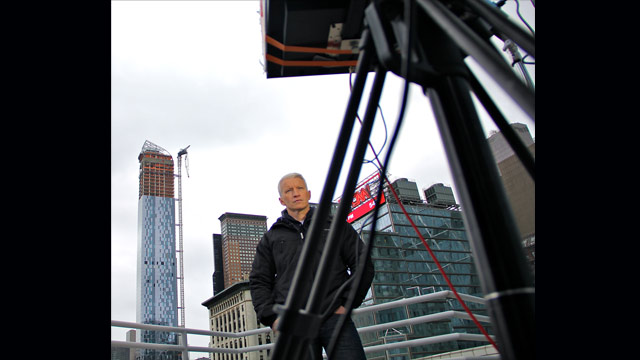 The worst of the storm may have passed in certain parts of the Northeast, but Sandy is not over. Residents are still experiencing intense and sometimes dire situations. Today police and other emergency personnel continue rescue operations, fight fires and pump water out of flood areas.

Nearly 8 million customers are without power in 15 states and the District of Columbia, according to figures compiled by CNN from local power companies. In the U.S., 30 people have died from the extreme conditions. The total death toll, including Canada, Haiti, and the Caribbean is 98.

Earlier, Anderson Cooper reported from the Time Warner Center balcony, in Columbus Circle, blocks from the New York City apartment building under construction where a crane snapped and was left dangling 90 stories above West 57th Street. He'll have the latest on the dangerous aftermath from Sandy in New York, West Virginia, New Jersey, Connecticut, Pennsylvania, Delaware and elsewhere at 8 and 10 p.m. ET.