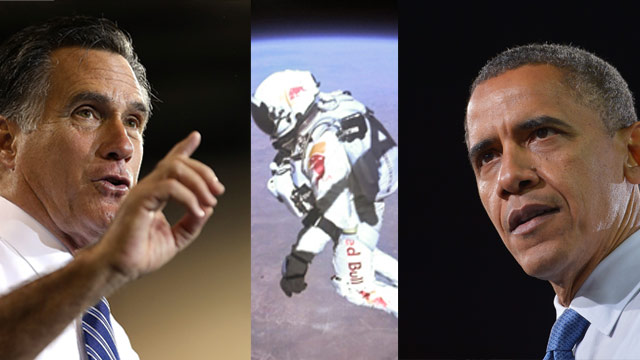 A Tunisian man is in custody and suspected of having ties to the attack on the U.S. Consualate in Benghazi, Libya that killed four Americans, including Ambassador Christopher Stevens. Anderson spoke to CNN’s Intelligence Correspondent Suzanne Kelly about what authorities know about the suspect, and when the U.S. will be permitted to interrogate him. Fran Townsend and Bob Baer also weighed in on new e-mail evidence showing how quickly the State Department knew the assault was a terror attack. They also discussed the suspected involvement of an al-Qaeda in Iraq-affiliated group. And Senator John McCain criticized the State Department’s handling of the situation saying the U.S. media was given facts before members of Congress.

President Obama and former Massachusetts Governor Mitt Romney went head-to-head in their final presidential debate this week. Their back-and-forth about military spending and the needs of the U.S. Navy fueled accusations from both sides. Richard Danzig, President Clinton’s Secretary of the Navy and CNN’s Fareed Zakaria debunk claims about the U.S. Navy’s size and costs. Also CNN’s Gary Tuchman spoke to body language expert Janine Driver about the candidates’ body language during the debate and how it could be perceived by voters.

After a 24-year-old woman asked about gender pay equality during the second presidential debate, she became the target of a conservative smear campaign. CNN’s Randi Kaye reports.

Felix Baumgartner broke the sound barrier in a historic 24-mile skydive from space. Anderson asks “Fearless Felix” how he prepared, his biggest obstacle and why he wasn’t afraid of traveling more than 830 mph.

Presidential historian Douglas Brinkley will speak to Anderson tonight about his “Rolling Stone” interview with President Obama, and the tension between the president and Mitt Romney. Tune in at 8 and 10 p.m. ET.

Also tonight, in an off-the-record interview, President Obama spoke to the editors of the Des Moines Register on the importance of the Latino vote in this election. After criticism from the paper, the Obama campaign agreed the interview could be released to the public. Anderson speaks to Univision anchors Jorge Ramos and Maria Elena Salinas about political support from the fastest growing minority group in the nation.

Looking ahead:
The National Weather Service says Hurricane Sandy has a chance of merging with a strong cold front and create a “superstorm,” which could hit the East Coast early next week. CNN’s Chad Meyers has the latest developments tonight and will stay on the story as the storm approaches.

Warning: Fish jump even when they’re out of the water. One reporter learns this lesson the hard way, landing “Crazy Carp” on our RidicuList!