Anderson Cooper asks Welch.."in your heart do you somehow believe they cooked the books?" He says in response.."I don't really know, but I do know this, that these numbers are implausible."

Anderson interviews former GE CEO Jack Welch about his Twitter comment that's creating a lot of buzz. It was posted moments after the U.S. Labor Department said the unemployment rate fell to 7.8 percent in September for the first time since Pres. Obama took office in 2009. 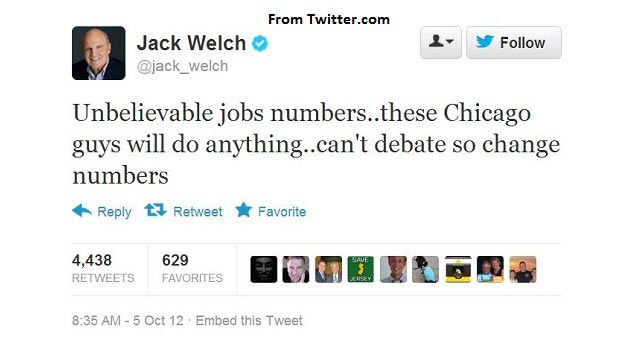 Go to part two of the interview